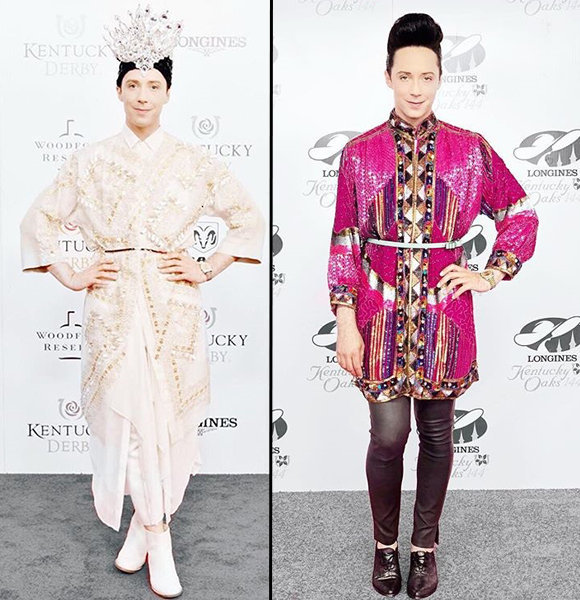 Johnny Weir is a world-renowned figure skater - who won a bronze medal in the men's singles competition at the 2008 World Championship.

Initially, Johnny was inspired by Oksana Baiul in 1994 and decided to take figure skating as a career. He has done wonderfully in his career so far as he is a two-time Grand Prix Final bronze medalist.

The famous figure skater is single as of now. But, he was previously married to Victor Voronov - a lawyer - for nearly four years.

The ex-couple got married on 30 December 2011 in an early morning civil ceremony at the New York City courthouse. Sadly, their happiness was short-lived as problems started to surface in their marital life in March 2014. Johnny filed for divorce in March 2014 following the allegations of his ex-husband Victor - who accused Johnny of domestic violence. According to Victor, the skater scratched him in a violent rage after finding the negative texts he wrote about Johnny. Johnny, on the other hand, said it was in defense because Victor was forcefully trying to sleep with him.

More About Johnny:- Figure-Skating Johnny Weir Back at Pyeongchang Olympic 2018! Plus Personal Life

Moreover, Victor also sued Johnny for defamation. He claimed that Johnny spread the false rumor of him having herpes and even falsely accused him of trying to rape Johnny in front of over 2,500,000 viewers.

Apart from his athletic career, Johnny has also featured in several TV shows and movies, including Zoolander 2 (2016), Happy! (2017), and many more. He has appeared on an episode of My Life on the D-List and also does sports commentary for skating, including the Olympics.

This Might Interest You:- Meet Sean Larkin, Lana Del Rey's Boyfriend | His Wiki, Age, Net Worth

The figure skater and Tara Lipinski serve as "fashion and lifestyle experts" at the Kentucky Derby every year and "cultural correspondents" at the Summer Olympics.

From his successful career as a figure skater, Johnny has accumulated a net worth amounting to $4 million.