By LRU Writer | On: September 27, 2018
Breaking up with your girlfriend after 18 years of dating is...Jon Hamm tried to pin down - the fact that he and then-girlfriend, Jennifer's hesitation to commit to a married life - on...he was rumored to be dating fellow co-star...The Mad Men actor - who has a massive gay following; all thanks to his...January portrays the role of Elizabeth Hofstadt - wife of... 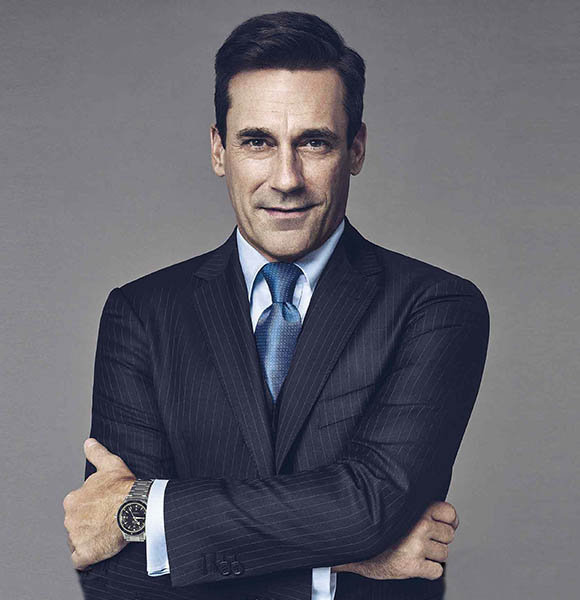 Breakups are hard; breaking up with your girlfriend after dating for 18 years is even harder. American actor Jon Hamm had to learn the fact the hard way following his split from actress Jennifer Westfeldt.

What should have been a happily married life with wife and kids, ended up being a cautionary tale of what it means to be famous and the inevitable "growing apart" state -- a familiar motif among the Hollywood couples since the time immemorial.

After Jon parted ways with his long-term girlfriend Jennifer, he has jumped right back into the dating pool. Since the breakup, the Town actor has been romantically linked with a bunch of Hollywood hotties!

Let's dig into how the 47-year-old actor has adapted to being single after 18 years of dating!

Despite being together for 18 long years, Jon - who was once falsely accused of being a gay relationship with actor John Stamos - and his ex-girlfriend, Jennifer Westfeldt never got married.

Back in 2010, the St. Louis, Missouri native sat down with Parade for an interview to tackle numerous topics including then a 10-year-old romance with Jennifer. He tried to pin down - the fact that he and then-girlfriend, Jennifer's hesitation to commit to a married life - on their parents. The Town actor quipped:

"I don’t have the marriage chip, and neither of us has the greatest examples of marriages in our families. But Jen is the love of my life, and we've already been together four times longer than my parents were married."

A year later, he spoke to the New York Times where he promised to handle his break up with Jennifer gracefully if it ever came to that. Jon and his then-girlfriend, Jennifer Westfeldt attend People Magazine Award back when they were still dating (Photo:- Bustle.com)

And as fate would have it, the pair decided to call it quits in September of 2015. Like a true gentleman he is, Jon made a good of his promise as there was no public fallout between the two; no cheating allegations and nothing malicious intent to smear each other's name.

You May Also Like:- Does Sonoya Mizuno Have Husband? Age, Parents, To Height, Net Worth

In a joint statement released following their split, the ex-flames - first met in L.A. at a mutual friend's birthday party in mid-2000's - said:

"With great sadness, we have decided to separate, after 18 years of love and shared history. We will continue to be supportive of each other in every way possible moving forward."

However, their amicable split was put on a test after rumors surrounding their break up grew rampant. One of the gossips alleged that the actual reason behind the split was that Jon wanted kids, while his ex, Jennifer didn't. Another rumor presumed Jon's brewing friendship with actress Kate Beckinsale led to the couple's breakup.

Life After Split With Girlfriend: Rumored To Be Dating On-Screen Wife

Although never directly addressing the rumors, Jon shot down any gossip of bad blood between him and his ex, Jennifer by thanking the latter in his 2015 Emmy Awards acceptance speech for his role in Mad Men.

Speaking of Mad Men, he was rumored to be dating fellow co-star, January Jones. January portrays the role of Elizabeth Hofstadt - wife of Jon's character, Don  Draper - in the hit AMC television. However, in the end, the rumor turned out to be nothing but a hoax. It's easier to make a wrong assumption about Jon's dating life, after all, the public sees him as someone who hates singlehood. His disdain for singlehood was on full display when he spoke to InStyle Magazine in 2017. The Mad Men actor - who has a massive gay following; all thanks to his stud features - was quoted as saying:

"It's hard. It's hard to be single after being together for a long time. It's really hard. It sucks."

Besides January, the 47-year-old has been romantically linked with a plethora of actresses, namely: Dakota Johnson, Jenny Slate, and Anabella Wallis. And most recently, he was spotted enjoying a date in a tennis court with a young mystery woman.