By LRU Writer | On: February 02, 2020
Jon Peters is an American film producer...he started out as a hairdresser...married Pamela Anderson on...The pair have a dating history...They first met at...Jon was previously married for four times...His net worth is around...He was born on...Jon's ex-wife was also initially married to...their wedding details...bio reveals his age...to style women's hair at a salon... 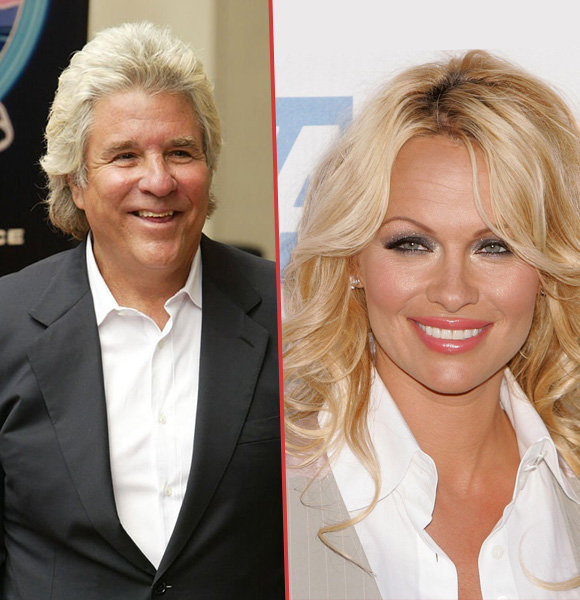 American film producer, Jon Peters is a former hairdresser and has served as a one-time Sony Pictures executive as well.

In 2013, he became an executive producer for the film, Man of Steel; he produced several Superman films.

Jon and Pamela Anderson got married on 20th January 2020.

The pair exchanged their wedding vows in a secret ceremony in Malibu, California.

However, they both have a history together; Jon and Pamela dated each other, back in the 1980s. The movie producer first met Pamela in the mid-1980s at the Playboy Mansion. They started to date around that time but Jon and Pamela had to go their separate ways due to some personal issues.

Nevertheless, the pair reunited a few months ago, after more than thirty years of their dating history. And they went on to get secretly married on 20th January 2020 in Malibu, California.

Unfortunately, the movie moguls marriage couldn't survive even for a month as they split after 12 days. His former wife confirmed the split to Fox News through her representative. The statement read:

I have been moved by the warm reception to Jon and my union. We would be very grateful for your support as we take some time apart to reevaluate what we want from life and from one another. Life is a journey and love is a process. With that universal truth in mind, we have mutually decided to put off the formalization of our marriage certificate and put our faith in the process.

Also, his ex-wife tanked viewers for respecting her privacy. However, Jon hasn't yet commented officially on their divorce and his rep.

Jon's marriage to Pamela was his fifth marriage as he was previously hitched to four different women.

His first wife was Henrietta Zampitella with whom he was married for four years, from 24th April 1962 to 1966.

Further, he tied the knot with American actress Lesley Ann Warren on 13th May 1967. They have a son together: Christopher Peters. Jon and Lesley divorced each other in 1973.

Then, he married Christine Peters in June 1987 and was blessed with two children: Caleigh Peters and Skye Marcía Peters. The couple went their separate ways in 1993.

Finally, Jon's fourth wife was Mindy Williamson whom he married in 2001 & divorced in 2004. They also have a child together.

Jon's former wife, Pamela, is also no stranger to marriages and divorces.

Pamela then married Kid Rock on 3rd August 2006 and just after one year of being together, she divorced him on 1st February 2007.