By LRU Writer | On: September 05, 2019
Jonathan Drouin is a familiar name in NHL and fans know what he can do inside the...extended a helping hand for the underprivileged children through the...appeared on Marie’s Instagram in May 2017 which gives us a slight idea of when...splendid performance in the field, the 24-year-old was almost immediately drafted to play in the NHL for... 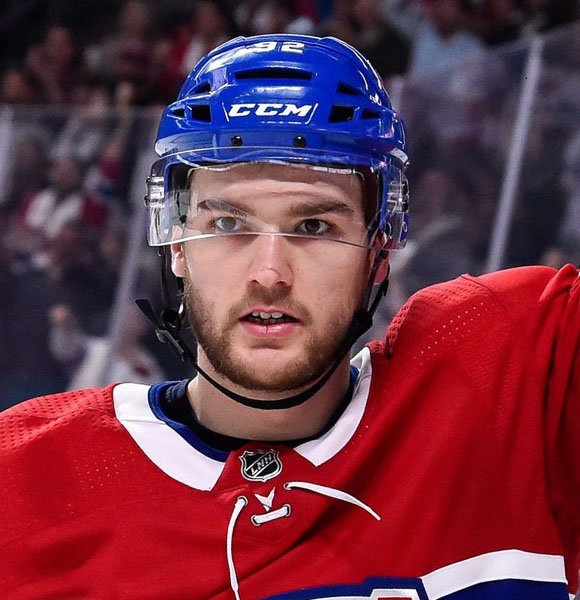 All of the NHL fans are familiar with the name Jonathan Drouin and what he can do inside the ice-filled arena.

He is an outstanding player with a hockey stick in his hand, but an even more caring human being in real life.

The Montreal Canadiens left-winger won hearts mid-2018 when he selflessly extended a helping hand for the underprivileged children via the CHUM Foundation. These signs tell us what kind of character is Jonathan.

Let’s dive into more detail about this wonderful personality's life!

Jonathan Drouin is madly and truly in love with his girlfriend, Marie Laurence.

Though they have not mentioned how they first met, the couple's relationship became apparent via a picture uploaded on Marie’s Instagram in May 2017.

The portrait was enough for Jonathan's fans to know that he was dating the beautiful lady. While the loving couple has not openly talked about their relationship, Marie is often seen posting pictures of the two on her social media. The beauty does not shy away from flaunting her relationship with beau Jonathan on Instagram.

Jonathan Drouin was born on 28 March 1995 in Sainte-Agathe-des-Monts, Canada.

His parents Serge and Brigitte Drouin both worked in Huberdeau Youth Centre near their home town. Raised alongside his sister Myriam, Jonathan experienced a struggling childhood himself.

His family was not financially privileged, and hockey became the best thing that could happen to the Canadian. Though he was not interested in the sport growing up, his father insisted him to follow a career in hockey.

Merging hand with the Quebec Amateur Hockey Association, the left-wing star played junior hockey for the Lac St-Louis in the 2010-11 season. After a splendid performance in the field, the 24-year-old was almost immediately drafted to play in the NHL for Tampa Bay Lightning in 2013.

Now as a key figure in the Montreal Canadiens lineup, the 6 feet (1.80m) height winger is gearing to do well in his new NHL season.

Just at the age of 24, Jonathan is already a multi-millionaire.

Starting his professional cap with the Tampa Bay Lightning in 2013, the offensive left winger signed a three-year contract worth $9 million in his very first rookie year.

After three successful seasons with the Lightning, his services were priced even higher as Jonathan had achieved a lot with the team. In 2016, he signed a whopping six years contract worth $33 million with the Montreal Canadiens.

As per his contract, he earns an average annual salary of $5,500,000. But, Jonathan's income is not limited to hockey as he is the face of many top brands. However, with the start of 2019, Jonathan is not able to find the consistency he wants.

In the new 2019 NHL season, the fans hope to see a new and improved left-winger.