Joonas Suotamo Married Life, Who Is Her Wife & How Much Is Net Worth?

By LRU Writer | On: December 20, 2019
Joonas Suotamo and his wife are about to become a parent for the... the couple initiated their married life as well by tying the knot the same...as the same character in the franchise other movies such as...Measuring at a height of... Today, his net worth stands at 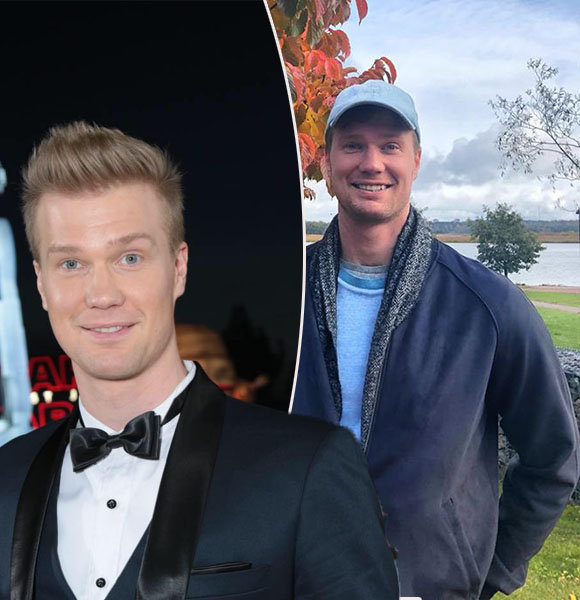 Joonas Suotamo (birth name Joonas Viljami Suotamo) garnered massive fame from his recurring role of Chewbacca in the Star Wars franchise. Measuring at a height of 6 feet & 11 inches (2.12 meters), there's no denying that he was the perfect fit for playing the role of the giant character.

Prior to getting his big break from Hollywood, the actor played basketball professionally for Penn State Nittany Lions University. Also, he previously worked as an insurance agent

Joonas is married to his longtime partner Milla Pohjasvaara. Their love for each other dates back to 2015; she was first featured on his Instagram in August that year.

After dating her for about two years, the actor engaged her on 2nd August 2017 and made the news public among his fans. Moreover, he shared the picture of the gorgeous diamond ring donned by his fiancé. Moreover, a month after their engagement, he revealed his wife's pregnancy in the most adorable way possible referencing Star Wars characters. In 18th October 2017, he posted a picture featuring stuffed porg toy and tiny Wookiee pajamas with a caption that read,

"We are glad to announce that the owner of this porg will arrive in February 2018."

However, their baby boy Aatos Suotamo was born a few days earlier than the estimated time of delivery on  29th January 2018. With the start of parenthood, the couple initiated their married life as well by tying the knot the same year on 17th July.

Interestingly, as of today, Joonas and his wife are about to become a parent for the second time. In November 2019, along with the picture of the sonogram, he announced that Aatos's baby sister would make her presence in the world by March 2020.

How Much Is His Net Worth?

In a short period, Joonas has done very well for himself on the financial side of things. Today, his net worth stands at $6 million and considering the fact that he started out in the movie business in 2015, the figure is really impressive.

However, this economic prosperity is expected of someone who is affiliated with big projects of entertainment giant Disney. After all, he has been portraying the iconic character of Chewbacca since 2015 in Star Wars: Episode VII - The Force Awakens.

Likewise, he has continued performing as the same character in the franchise's other movies such as Solo: A Star Wars Story (2018) and Star Wars: The Last Jedi (2017). The latter even accumulated $619 million in the box office.