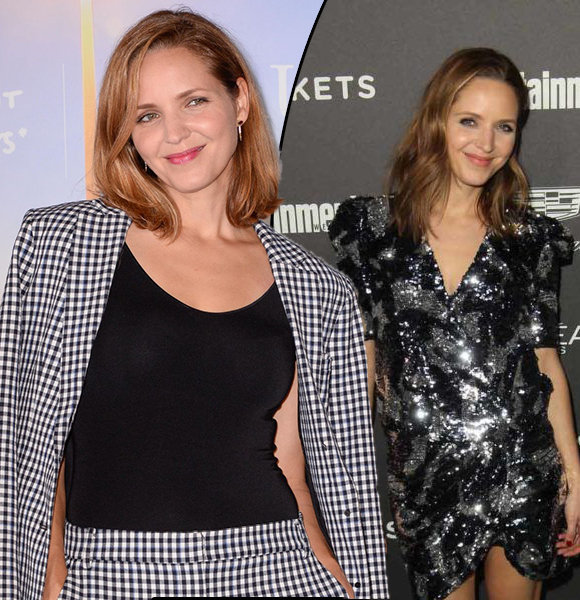 Apart from being a talented actress, Jordana is also a director and had made her directorial debut from the short film Skin in 2012. Her directorial movie did not only gain critical acclamation, but also won prestigious awards like the Horizon Award at the International Short Film Festival, and Festival Award at Downtown Film Festival.

Jordana is among those celebrities, who keep their personal life extremely private. However, her married life with her husband Matthew Spitzer is not a secret.

Jordana's husband Matthew, is a practicing doctor, who focuses on urgent care specializing in treating injuries that require immediate attention.

It's not exactly known when the couple got married, but on 18th January 2018, Jordana posted a sweet post for her husband marking their anniversary. Further, Jordana and Matthew also have a daughter, who was born in 2014.

As of now, the Mob Doctor star has a perfect family. Moreover, her husband seems to be very supportive of her work; he is often seen accompanying Jordana at various events.

Jordana was born as Jordana Ariel Spiro on 12th November 1977 in a Jewish family in Manhattan, New York City. Her parents are Harry Spiro Jr and Brigitte Spiro. She boasts mixed ancestry of Russian, Belgium, and German from her father's side and French, and English from her mother's side.

She grew up alongside her four siblings- three sisters, and a brother. As a kid, Jordana was a very smart girl. She played chess and even participated in numerous national-level tournaments.

You May Be Interested:- The Grudge's Lin Shaye Bio: From Age, Net Worth To Personal Life Details

As for her education, after her high school graduation, Jordana studied acting at the Circle in the Square Theater School. She also attended the prestigious Royal Academy of Dramatic Arts in London for a short period.

After gaining a lot of knowledge from acting schools, she also received practical training at the Odyssey Theater in Los Angeles. Later, she also did Masters of Fine Arts (MFA) in Filmmaking from Columbia University.