By LRU Writer | On: June 14, 2019
Constricting Jose Baston's identity as Eva Longoria's husband - and only that - doesn't do his accomplishments justice... In truth, he is much more than a mere trophy husband to an internationally-recognized Hollywood actress... 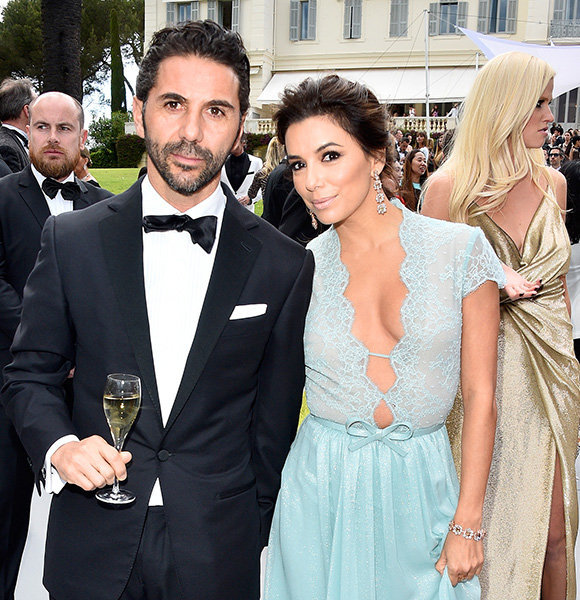 Constricting Jose Baston's identity as Eva Longoria's husband - and only that - doesn't do justice to his accomplishments. In truth, he is much more than a mere trophy husband to an internationally-recognized Hollywood actress.

The Mexican-born entrepreneur initially hit the limelight as the handsome president of Televisa, the largest media conglomerate in all of Latin America. Through philanthropic works, he managed to win over hearts of so many underprivileged individuals.

If Jose's giving nature had earned him a fan following, then his marriage to Eva transformed him into a household met.

Through a mutual friend, he met Eva in 2013. At the time, the Desperate Housewives actress was in no rush to start a romance. She was still recovering from her split with former NBA star, Tony Parker.

The lovebirds, however, would meet again six months later. With no recollection of their first meeting, Eva felt an immediate connection to Jose. The very next day, they enjoyed a four-hour extended dinner date.

A year and a half long dating period followed. Then in December 2015, the married duo got engaged while on a trip to Dubai.

Five months after the engagement, Jose and his then-fiancee Eva tied the knot. Held in Velle de Bravo, Mexico, the pair's wedding was a star-studded affair. Musician Ricky Martin, footballer David Beckham and his wife Victoria made the guest list. Jose Baston and his wife Eva Longoria at an industry event circa May 2019 (Photo:- dailymail.co.uk)

The business executive and his actress wife welcomed their first bundle of joy - a baby boy named Santiago Enrique Bastón - in June 2018.

But by the time, Jose was already co-parenting three children with ex-wife Natalia Esperon.

Between 1995 and 2005, he and model-turned-actress Natalia enjoyed a decade-long, fruitful marriage. The former married duo's oldest Natalia was born before they tied the knot.

In 2003, Jose and his then-wife Natalie got blessed with not one but three kids: a daughter Mariana and sons Sebastian & Jose Antonio. Few days after his arrival, Sebastian tragically passed away.

Born in the year 1968, Jose hails from Mexico City, Mexico. He is the son of Gloria Patiño and Ricardo Alfredo Bastón Talamantes.

In 2008, a family tragedy struck0 Jose's 51-year-old father. His dad Ricardo passed away. The cause of death isn't public knowledge. So are his details about his upbringing, education and more importantly, his parents' line of work.

Jose is also a member of Univision's board of directors. Additionally, he also serves as the president of International Television and Contents -- a worldwide TV business networking & information platform.

In 2011, he joined Grupo Televisa, SAB as its director. The Mexico-based media conglomerate is reportedly the largest in Spanish-speaking part of North America. The company operates an extensive media services including distribution and production of TV shows, magazines, and streamable programs.

Safe to assume that Jose now boasts a multi-million net worth from his career as a business executive. Combined with his wife's $50 million net worth, the duo is one of the wealthiest celebrity couples in the world.