By LRU Writer | On: February 03, 2020
Josh Dallas is an American actor famous for his role as David Nolan/Prince Charming in ABC's Once Upon a Time (2011)...married his wife on...their wedding ceremony was held at...They are blessed with two kids named...in the family...the actor has a net worth of about...and he stands at a height of 6 feet 1 inch (1.85 meters)...His ethnicity is...at the age of... 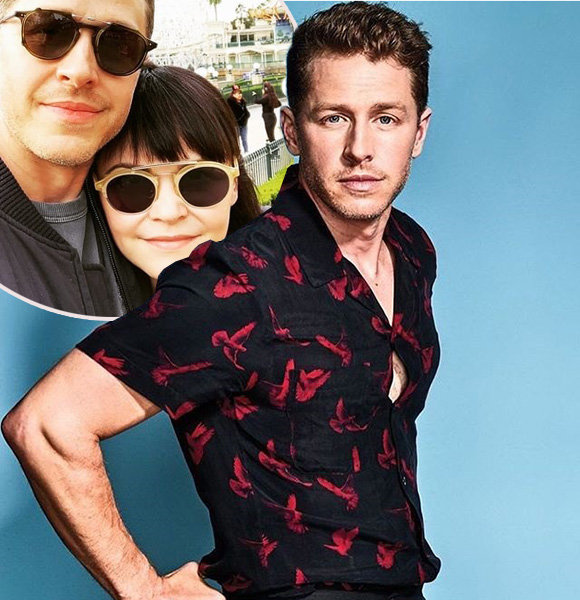 American movie actor Josh Dallas is known for his role as David Nolan/Prince Charming in ABC's Once Upon a Time (2011).

The actor has also appeared in the Marvel superhero movie, Thor (2011), as the character named Fandral.

The actor has been married to Ginnifer Goodwin since 2014. Further, in October 2013, Josh and Ginnifer got engaged to each other.

And five months later, they exchanged their wedding vows on 12th April 2014. The wedding ceremony was an intimate one with about thirty guests, including their parents. It was held at an $8 million Asian-Moroccan-inspired home in Venice, CA.

Also, Ginnifer wore a long navy blue v-neck dress when she arrived at the venue but later changed to a custom-designed Monique Lhuillier wedding gown.

Besides, just after one month of their wedding, the couple welcomed their first child on 29th May 2014. Josh and Ginnifer named their son Oliver Dallas.

And on 1st June 2016, they were blessed with their second son, Hugo Dallas.

Who is Ginnifer Goodwin?

Josh's wife, Ginnifer, is an actress who was born as Jennifer Michelle Goodwin in Memphis, Tennessee, USA. She was born on 22nd May 1978.

Also, the actress is of English and Ashkenazi Jewish descent.

Talking of net worth, she enjoys a net worth of about $8 million, according to Celebrity Net Worth.

The actor got married to Lara Pulver in 2007.

But the couple parted ways in 2012 due to some undisclosed reason.