By LRU Writer | On: February 14, 2020
NFL's star wide receiver Josh Gordon...faced many suspensions continuously on the grounds of...was reportedly in a relationship with...accused the NFL star's infidelity...Josh Gordon was born on...announced Josh Gordon's indefinite suspension...will neither be paid nor will he get the chance...stands at a height of...weight of...graduated from Lamar High school... 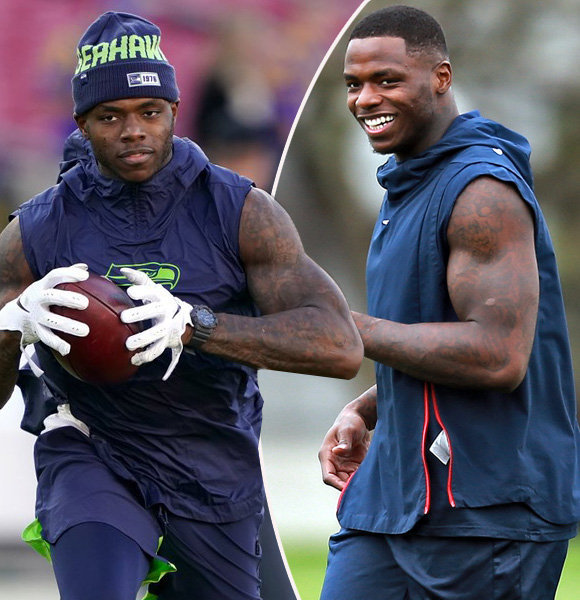 NFL's star wide receiver Josh Gordon made his NFL debut in 2012 with the Cleveland Browns after being selected in the 2012 NFL Draft. Josh showed the signs of a star player in the making, by leading the NFL with 1,646 receiving yards and scoring nine touchdowns in 2013.

But as his career went ahead, the wide receiver faced suspensions continuously on the grounds of violating the substances of abuse policy.

Josh Gordon was reportedly in a relationship with the Instagram model and former basketball player Dylan Gonzalez in 2018.

Despite the separation and cheating accusations, after Josh announced his break from football to focus on his mental health in 2019, his ex-girlfriend Dylan came forward to show her support for Josh via Instagram in January 2019.

He was born in a working-class family, amid financial struggles. He was raised alongside twin sisters Juby and Rune Gordon.

As a kid, Josh was a sporty one; he played basketball, football, and ran track. Josh Gordon during a match against the Pittsburgh Steelers (Photo: Boston)

Following the suspension, Josh will neither be paid nor will he get the chance to play for his team for the rest of the regular season and postseason.

Even before the latest suspension, the star wide receiver has been suspended four times since entering the league back in 2012. And all those past suspensions were on the ground of breaking NFL's drug policies.

Another Player Who Got Suspended After Violating Performance-Enhancing Drug Policy:- Dee Gordon Stats That Got Him Multi-Year Contract With Marlins; Career Affected By Suspension?

In the initial phase of his career, Josh was suspended by Baylor University's football squad after testing positive for marijuana.

After that, he went through many rehab sessions and counseling, but nothing helped him.

Some Other Facts Including Education