By LRU Writer | On: November 27, 2019
American actor Josh Hartnett is best known for his portrayal of... came back in the limelight following his appearance...is not a married man yet, but his long term relationship...met on the set of...are entirely focused on...his parents got divorced...was raised by...landed his first role in...also entered the world of producing...has a whopping net worth of...As of now... 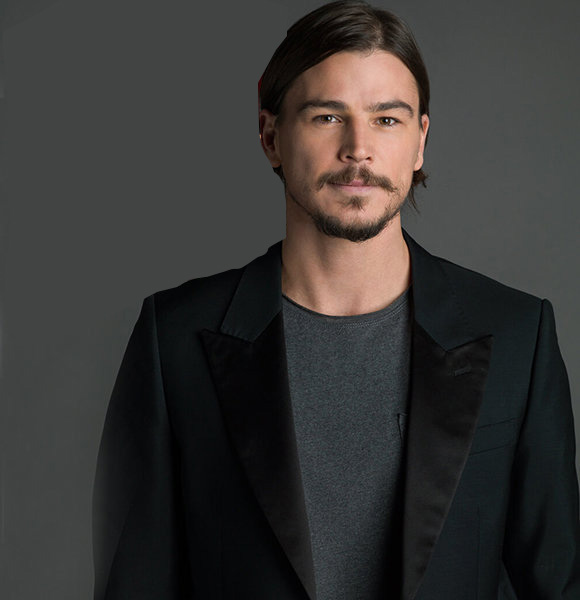 American actor Josh Hartnett is best known for his portrayal of First Lieutenant Daniel Walker in the 2001's epic movie Pearl Harbor that gained massive critical and commercial success. Following his massive success from that movie, he remained a heartthrob throughout the early 2000s, including a feature in Teen People's 25 Hottest Stars under 25 (2002) and People Magazine's 50 Most Beautiful People(2002).

Most recently, he came back in the limelight following his appearance in the Critics' Choice Award-winning series Penny Dreadful in 2016.

Josh Hartnett is not a married man yet, but his long term relationship with actress Tamsin Egerton is not a secret. The loved-up couple initially met on the set of the film The Lovers (later named Time Traveller) in 2011 and started dating the next year. Initially, the couple kept their dating issue a hush-hush affair but eventually confirmed the relationship in 2013. Further, in 2015, they welcomed their first child together, a daughter named Thisbe, and in 2017, they were blessed with another baby girl, Roxanna.

As of now, Josh and Tamsin are entirely focused on raising their two children. In fact, they have even delayed their nuptials for the very same reason.

Well, the couple is definitely going pretty strong now, but Tamsin is not the only woman in Josh's life. Before her, the actor has been linked to starlets like Scarlett Johansson, Sophie Lie, Kelly Lee Carlson, and Amanda Seyfried.

As for the gay rumors, no one seems to be exempted from those these days. In Josh's case, his current and past relationships prove all such suggestions out of the question.

Josh Hartnett was born in Saint Paul, Minnesota, to parents Wendy Anne and Daniel Thomas Hartnett. However, at a very young age, his parents got divorced, and his mother moved to San Francisco after divorcing his father.

You May Like:- Hamish Linklater Wife, Married, Family, Net Worth

For most of his childhood, Josh was raised by his building manager, father, Daniel, and artist stepmother, Molly. Apart from his parents, Josh also has three younger half-siblings: Jessica Hartnett, Jake Hartnett, and Joe Hartnett in his family.

As for his career, Josh landed his first role after numerous unsuccessful auditions in the ABC crime series Cracker in 1997. Although it was not a big role, he did get significant exposure from his debut role.

After that, he appeared in horror films Halloween H20: 20 Years Later, The Virgin Suicides, and The Faculty.

However, his most significant break came in 2001 from director Michael Bay's epic war film Pearl Harbor. Following his big break, he appeared as a cast member of notable films like Black Hawk Down, Lucky Number Slevin, 30 Days of Night, Sin City, Mozart, and the Whale, to name a few.

Further, in 2008, he also entered the world of producing, as he produced the drama film August in which he also starred.

You May Be Interested:- Justin Long Married, Gay, Net Worth, Family

During his career, The Faculty star has established himself as a fully-fledged actor and producer who has a whopping net worth of $25 million.

As of now, Josh is working on his new project: Paramount Production's new TV series- Paradise Lost, which is under production.