By LRU Writer | On: March 12, 2019
Josh Klinghoffer made one of his boldest decisions in life dropping out of high school to pursue a career in music...His determination and commitment have paid off as he is now a member of the famous rock band, Red Hot Chili Peppers, and the youngest musician to be added to the Rock and Roll Hall of Fame... 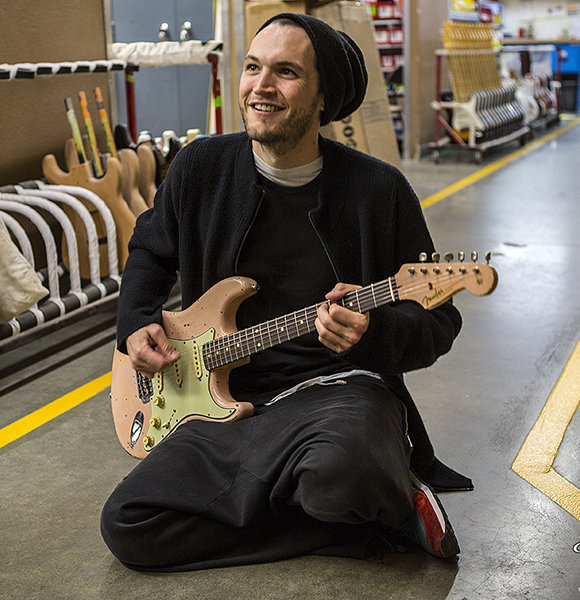 Josh Klinghoffer made one of his boldest decisions in life: dropping out of high school to pursue a career in music.

His determination and commitment paid off well as he became a member of the famous rock band, Red Hot Chili Peppers, and the youngest musician to be added to the Rock and Roll Hall of Fame.

However, his personal life conflicts with his career as Josh doesn't seem to succeed in holding on to a relationship. Although he had a girlfriend in the past, Josh didn't stay together with her long.

So, is the RHCP guitarist single for now or has he been married to a wife? Dig in to find out!

Josh was in a relationship with musician-actress, Polly Jean Harvey - otherwise known as PJ Harvey.

PJ is a well-known singer, who sung several hit songs including Down by the Water, 50ft Queenie, This Is Love and more. Further, she appeared in movies like The Book of Life, Towards Mathilde, Let England Shake, What Is This Film Called Love? Penelope, and so on.

Ex-GirlFriend Reveals Drug Addiction:- Ronnie Radke's Ex-Girlfriend Alerts About His Past Filled With Drugs And Being Arrested; Dating Anyone Now?

Josh - who is ten years younger than PJ - didn't reveal when he started dating the singer, but one thing is for sure that the romance didn't last long. Since his relationship with his former girlfriend didn't succeed in the long run, Josh keeps a relatively low-profile. He is not linked with any supposed girlfriend in the past few years.

Unmarried to this day, Josh has not made any plans to settle down with a wife. If someday he finds a suitable wife material, Josh may get married to her and take his first step towards starting a family.

Josh Klinghoffer, who was born in Los Angeles, California, celebrated his first birthday on the third of October, 1980.

Raised by his parents: Kathleen and Steven Klinghoffer, Josh decided to leave high school and pursue a career in music. Although his parents were initially reluctant to see their son abandon his studies, they came to terms with his decision when he achieved a successful musical career.

Josh played the guitar for several bands including The Bicycle Thief, Warpaint, and Dot Hacker before finally joining the Red Hot Chili Peppers in 2007. He was later made the lead guitarist when John Frusciante left the band in 2009.

He toured around the world with several members like Anthony Kiedis, Chad Smith, and Flea.

Moreover, Josh was added to the Rock and Roll Hall of Fame in April 2012, making him the youngest musician to receive the honor. Josh amassed a significant net worth from his career as a lead guitarist, which amounts to $10 million as of 2019.

Apart from his musical talents, Josh was also famous for his trademark long hair. However, the tall guitarist - who stands at the height of 5' 11" (1.8 m) - surprised his fans when he came up with a new hairstyle in 2018.

In April 2018, he attended an event where he flaunted a different haircut than his previous looks. While some criticized his haircut, most of his fans appreciated his new hairstyle. It seems like Josh is set to stick with his new look.