Ronnie Radke's Ex-Girlfriend Alerts About His Past Filled With Drugs And Being Arrested; Dating Anyone Now?

By LRU Writer | On: November 18, 2021
Music, drugs and girlfriends, a favored trio of an American musician from the band called Escape The Fate. He is the same artist who got arrested on charges of alleged domestic assault back in 2012, and the one who indulges himself in drugs and keeps himself popular among girls. It would be right to guess Falling in Reverse singer Ronnie Radke. 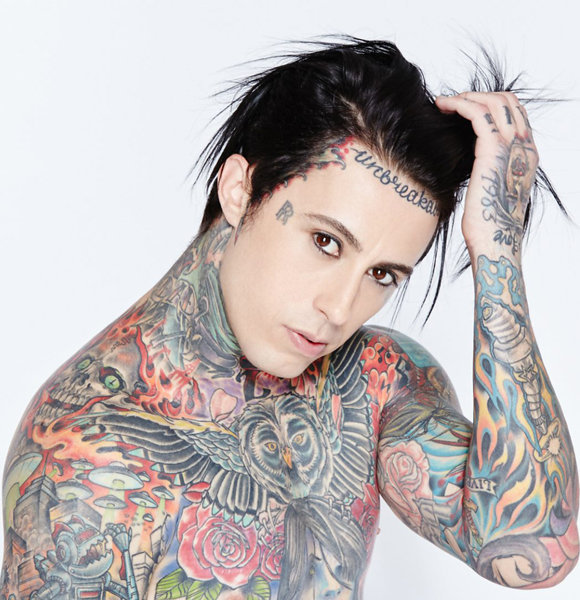 Music, drugs and girlfriends, a favored trio of an American musician from the band called Escape The Fate. He is the same artist who got arrested on charges of alleged domestic assault back in 2012, and the one who indulges himself in drugs and keeps himself popular among girls. It would be right to guess Falling in Reverse singer Ronnie Radke.

The artist’s life has always been a subject of controversy as his past life almost revolved around drugs and girlfriends. But is he the same guy that he used to be?

Till date, his past is causing a serious problem in his present life. One of his ex-girlfriends has aired something unusual about him as an alert message. But who is she and whom is she dedicating that message?

Perhaps, to a new girl who is currently in relation to Ronnie?

Whom is he dating now or has he married her?

Arrested for assault; Father of Daughter Currently Has Wife or Girlfriend?

Ronnie Radke is possibly single and is not dating anyone now as per the records. The badass character rather was involved in various relations in the past. Due to his addiction to drugs and violent character, he is completely single now.

You May Also Like: Paula Abdul Has Loads On Her Back; Injury While Young, Failed Married Life And The Use Of Drugs

Ronnie has dated a lot of girls before.

He was in relationships with Caroline Burt, Jenna King, Crissy Henderson, Sally Watts, Emily Radke, Audrey Kitching, Mandy Murders, and Lexus Amanda. According to the rumors, he even hooked up with Alexa PenaVega. Among this long list of girls, the reason for his imprisonment was Sally Watts who was in relation with him from 2009 to 2011.

According to the Glendale News-Press, Sally Watts reported police about Ronnie's physical assault.

Consequently, he got arrested on Monday, August 6, 2012, but soon got released on $30,000 bail bond. A related Instagram post of Sally also got issued with a warning message to reveal the bad attitude of Ronnie. Sally looked messed up in the post with her wounded face. She captioned the image as:

The overall purpose was to alert the close friends of Ronnie as she opened up with MailOnline claiming him to be the cause of her situation.

Ronnie then got into a relationship with an American model Crissy Henderson from the year 2012. They even share a daughter named Willow Grace Radke who was born on June 11, 2013 (age 4).

Crissy didn't want to maintain a relationship with a guy who can't show respect for females, and thus they had a volatile relationship which ultimately became the reason for their split. An American reality TV showgirl, Jenna King, then showed up in his life in 2014. Ronnie and Jenna were madly in love, and they even tattooed each other's Zodiac sign on the back of their hands.

Related: Jenna King: Young And In Love With Boyfriend At Age 33! Southern Charm-‘ing’ Ronnie Radke and Jenna King showing up their love through their tattoos. (Photo: MailOnline)

The tattooed love didn't last for a year, and hence the artist went for a relationship with another reality TV showgirl, Caroline Burt in 2015. It also proved to be a year relation as it ended in 2016. Caroline kept flaunting images of Ronnie regularly on Instagram, and she seemed to be totally in love with him then.

With no one in relation currently, a Twitter post came from Ronnie by the end of the May. It was relating to his future girlfriend and his plan to gag.

My next girlfriend I'm gonna invest a year of time, then break up with her, a year later come back and say "just kidding" who dares me???? — RonnieRadke (@RonnieRadke) May 28, 2017

It would be safe to assume that he didn't earn himself a lot of followers with that tweet.

A Body Shaded With Tattoos, What is the King Of Controversy Up to These Days?

Ronnie is an artist who is fond of tattoos, so loving that he has tattooed all over his body. His posts on Instagram have displayed his tattooed body time and again. Apart from music and writing songs, he also seems to be passionate about tattoos. 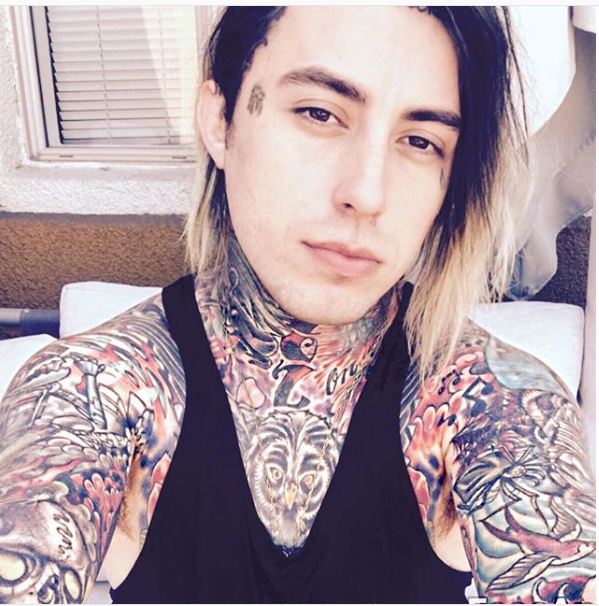 Ronnie is involved in his music passion from a long since and he is also said to be a producer. Keeping his body's tattoos aside, he has a lot more of assets with the net worth of $4 million.

However, once known as the king of controversies, Ronnie has slowed down a bit. But he is never too far away from the spotlight.

He grabbed public's eyes in July 2018 after calling out his former Falling In Reverse bandmate Ryan Seaman through a series of tweets.  In response to Seaman's dig to him, Ronnie tweeted back with a controversial statement,

"When dudes in their mid-30’s that date 23-year-olds admitting they’re only dating them for a place to live and free money her dad gives her."

In September 2018, with an upcoming book titled I Can Explain, Ronnie also announced a roast tour where he and his band members will face the audience in a Q&A round which will also include some light-hearted roasting of the stars as well.

Besides his new ventures, Ronnie still remains the bad boy of the music industry and continues to face some digs from other musicians. In August 2018, Polyphia took a dig at Ronnie and his band after announcing the release of their next album.

"We had a $100,000 budget for this video but spent most of it on beer so we were left with only $10,000 but it turned out alright… still better than anything anyone else has ever done (especially that d***o Ronnie Radke),”

Not one to stay silent, Ronnie continues to reply back to those who ake a dig at him for his past issues. However, besides that, Ronnie is all set on his road to redemption.