By LRU Writer | On: June 02, 2019
Joshua Gomez is a talented actor, musician, and voice actor...Famously known for his role as Morgan Grimes on Chuck...He was born on 20th November 1975...His father and brother are also actors... 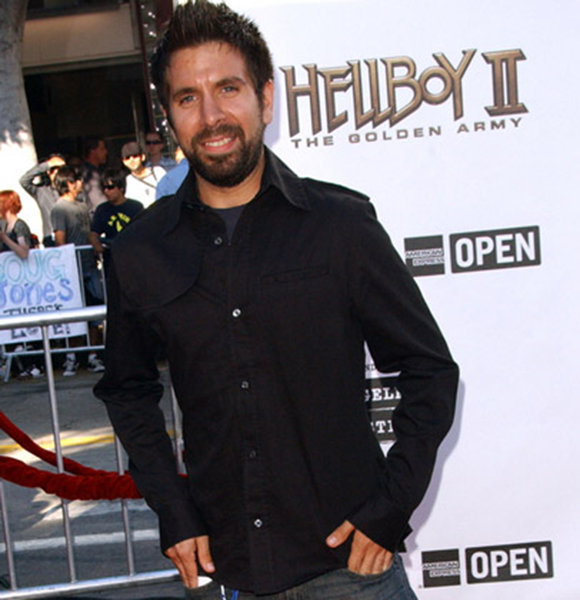 Joshua Gomez is a talented actor, musician, and voice actor.

Joshua Eli Gomez was born on 20th November 1975. He was born and raised in Bayonne, New Jersey, United States. He grew up in the family of his father, Rich Gomez. His grandfather was Louis Gomez while grandmother was Roseann DeChiara.

Regarding siblings, he has an older brother, Rick Gomez, who also happens to be an actor.

As for his measurements, the 43-year-old actor stands tall with a height of 5 feet 7 inch (1.72 m). He is of mixed ethnicity; Hispanic and Italian. Out of love for animals, Joshua has become a vegetarian for over two decades.

Is Joshua Married? Who Is Wife?

Usually, the lives of celebrities tend to be complicated. However, the actor has managed to keep himself far from the messy lifestyle of the famous. He is happily married to Amy Pham.

The couple has been together since 2011. Joshua Gomez and his wife, Amy Pham at the EW Comic-con Party on 23 July 2011 in Los Angeles, CA (Photo: Depositphotos.com)

The duo, married for almost a decade, doesn't parent any children. It might be that Joshua is focused on building his career. Or it could simply be that the pair is not ready to be parents just yet.

Joshua's father was an actor. So, Joshua was exposed to the craft from a young age. He would travel with his family on the National Tour of Beatlemania.

Raised surrounded by the glory of show biz, Joshua followed in the footsteps of his father. The actor got his foot in the door with commercials for IBM, Volkswagen, and T-Mobile. A big break in his career came with a part in the 2001 episode of Law & Order.

His debut in the film came almost five years after he first started with Last Man Running as J.J. in 2003.

The actor has, since then, starred in many projects throughout the entertainment industry. With his passion, Joshua made himself one of the elites of Hollywood.

Although the actor's salary is not public information, it would not be wrong to assume that he gets paid well above the industry average of $50,000. Regarding his net worth, he sold his Midcentury Modern showplace in Tarzana in 2015 for $2.7 million.

Undoubtedly, his net worth is easily in the millions.