By LRU Writer | On: January 07, 2020
Joshua Kushner is the founder of the investment firm, Thrive Capital. However, it is his...at the age of...Joshua and his fiancee got married in an intimate ceremony...when they got engaged...wedding details...began dating in 2012...his wife...out of the family share, Joshua boasts a net worth of...stands at the height of 6 feet 2 inches (1.88 meters)... 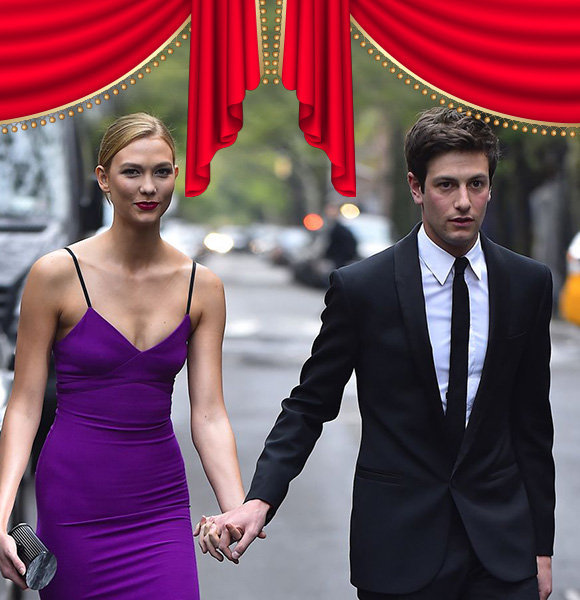 Joshua Kushner is the founder of the investment firm, Thrive Capital, whose personal life and famous family has brought him in the spotlight.

He is married to supermodel Karlie Kloss. On top of that, he is the younger of Joshua Kushner- senior advisor of US President Donald Trump.

Joshua and Karlie began dating in 2012. The two were super low-key about the relationship. Thus, the relationship became public only a year later during the couple’s US Open outing together. Joshua and his girlfriend remained steady in their low-key relationship over the years. After six years of being together, the couple got engaged in July 2018.

Joshua and his fiancee got married in an intimate ceremony on 18th October 2018 in upstate NewYork. Karlie stunned in a Dior gown in the Jewish ceremony.

Following the low-key wedding, Joshua and his wife hosted a wedding party in June 2019. The party, which was held on a ranch in Wyoming, USA, included some famous faces like Katy Perry, Orlando Bloom, Ashton Kutcher, and Mila Kunis.

Who is Karlie Kloss?

Karlie is a prominent face in the fashion world. She has been associated with brands like Victoria's Secret, Christian Dior, Donna Kara, Coach, Nike, and Lacoste.

In 2018, it was reported that his family controlled $7 billion in the real estate business. Out of the family share, Joshua boasts a net worth of $800 million.

Further, he also prominently works in his companies Thrive Capital, Oscar Insurance, and Cadre. Thrive Capital has been associated with several companies, including Instagram.

Info On Joshua's Brother:- Jared Kushner, Son-in-law of Trump, Got an Open Letter From His Own Employee

Moreover, Oscar Insurance is a health insurance start-up with a focus on technology. And, Cadre is involved in high profile real estate market.