By LRU Writer | On: October 28, 2019
Josie Bates is a reality TV star who reached the height of her fame through the popular TV show called Bringing Up Bates...It is not a secret that the reality star Josie Bates is married to her...osie wore a beautiful leafy-flower crown with...Josie and Kelton’s happiness was over the roof as they announced to the world...Josie Kellyn (Bates) Balka was born on... she is also regularly featured on... 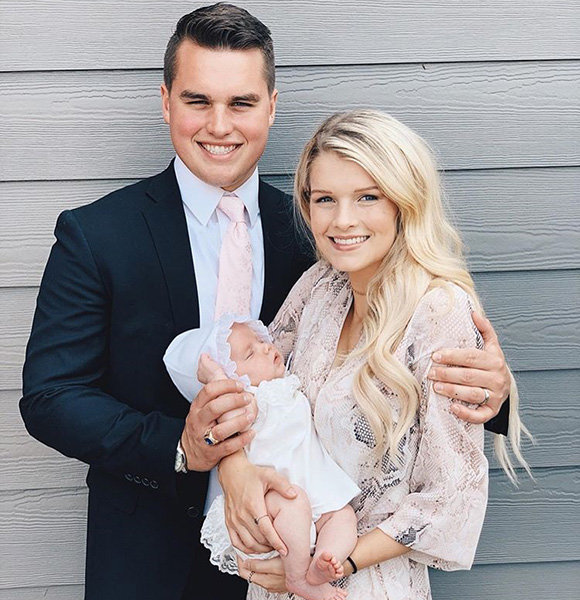 Josie Bates is a reality TV star who reached the height of her fame through the popular TV show, Bringing Up Bates. The show first aired on 1 January 2015 and continues as of 2019.

The series entirely focuses on the Bates family and two parents raising 19 children.

Most of Josie’s life is seen on the TV show. Let's look at the married & personal aspect of her life.

It is not a secret that the reality star is married to her long-time boyfriend, Kelton Balka. The two first met at a piano recital in 2014 but did not connect much initially. Starting as friends, the two announced that they were dating on 10 August 2017. Eventually, the couple got engaged on 23 June 2018, as per Josie’s Instagram handle.

Four months later, on 5 October 2018, the happy duo got married to each other. The pair had an outdoor wedding overlooking the Great Smoky Mountains at Cove Lake State Park in Caryville, Tennessee.

Josie wore a beautiful leafy-flower crown with simple makeup and a nude lip as she went for a long-sleeved lace ensemble, which was made by Project Runway season 5 winner, Leanne Marshall.

A few months after their wedding, on 14 February 2019, Josie and Kelton’s happiness was over the roof as the couple announced that they were pregnant to the world via their Instagram handle. The excited couple revealed the gender of their baby to be a girl on 29 March 2019. The same day, Josie mentioned the name of the baby as Willow Kristy. And finally, on 19 July 2019, the husband-wife duo welcomed a baby daughter Willow Kristy Balka at 2:23 am. Their daughter was born weighing 6lb 10oz (3 kgs) and was 19 inches long at birth.

Josie Kellyn (Bates) Balka was born on 4 August 1999 to parents: Gil Bates and Kelly Jo Bates. She is the tenth child of her parents, who went on having nine more after Josie.

Fourth Bates Child:- Has Lawson Bates Found Girlfriend? What Is His Dating Status?

Josie was homeschooled, and along with her siblings, she was raised as an active participant of Bill Gothard’s Institute in Basic Life Principles.

In 2016, Josie started studying Cosmetology at Crown College of the Bible and finished her final semester in December 2017, while she graduated on 7 May 2018 with a degree in Cosmetology.

Josie, age 20, now works at R&Co Salon in Knoxville, Tennessee, as a stylist. But, she is also regularly featured on the show, Bringing Up Bates.

Apart from the show, she starred in the show United Bates of America in 2012, aired on TLC. Josie also appeared on a TLC show called 19 Kids and Counting many times when she was a kid.