By LRU Writer | On: September 12, 2018
Argentine tennis player, Juan Martin del Potro became an overnight sensation after he defeated Roger Federer in the final of the 2009 U.S. Open...His most talked about girlfriend is an Argentine model, who could someday become his wife...Juan's dating life has always been fascinating as he supposedly maintained dating with multiple women, Married Or Not?... 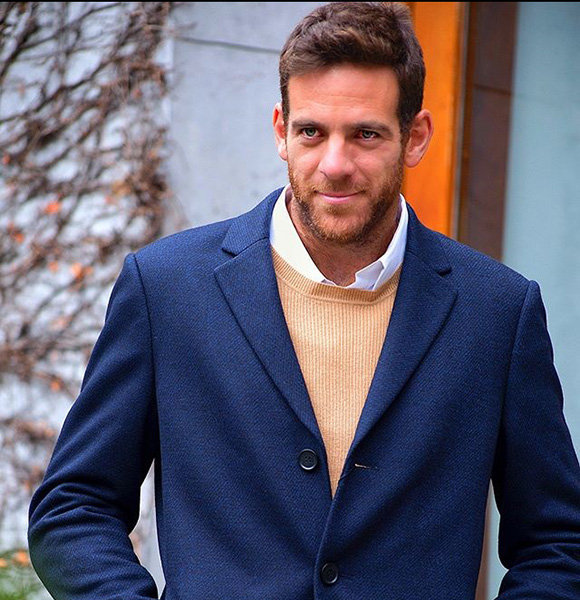 Argentine professional tennis sportsperson, Juan Martin del Potro became an overnight sensation after he defeated Roger Federer in the final of the 2009 U.S. Open. Further, he has participated in several international tennis competition including the Olympics 2012, Wimbledon 2013, Summer Olympics 2016 and more.

Juan's personal life has also been a topic of discussion as he has been linked to multiple women. His rumored girlfriend is an Argentine model, who was speculated to turn into his wife.

Multiple Girlfriends Imply Not Gay; Married Or Not?

Juan's dating life has always been fascinating as he supposedly maintained dating with various women.

Previously, Juan was in a committed relationship with a woman named Stephanie Demner. However, the romance slowly faded away causing the eventual split of the pair.

After the failed relationship, Stephanie supposedly moved on with her life and was reportedly in a relationship with Uruguayan footballer, Rodrigo Mora.

On the other hand, Juan has also remained active in his dating life and assumably commenced a relationship with a model named Julia Rohden.

Julia is an Argentine model who has been in a modeling contract with Dotto Models. Julia was also spotted supporting Juan while he competed against Roger Federer in a match which was held at the All England Club in 2017. Juan and Julia first met in 2013 and thus began their relationship since then.

Fans were even hoping to see the pair walk down the aisle as husband and wife. The couple was assumed to have broken up after the tennis player grew close to the Argentine actress-singer, Jimena Baron.

The rumors of their affair first started in 2017 when Juan beat Roger Federer and to mark the win, Jimena shared a picture of him on both Twitter and Instagram calling Juan as her "HÉROE."

You May Also Like:- Is Danny O'Donoghue's Stunning Girlfriend His Wife-To-Be? Love Screams Yes!

Jimena later posted an intimate photo of the two which turned the suspicions of the fans into belief. On 1 December 2017, she shared a picture of the alleged couple proving that their relationship was not confined to a gossip. However, it has been claimed now that Juan has got back with his longest lasting girlfriend Julia, which implies that he broke up with Jimena.

In the meanwhile, Juan is yet to get married and settle down with a wife. But, his multiple affairs can indeed prove that he is not gay.

Juan, who stands at the height of 6ft 6 (198.1 cm), started playing tennis at the age of seven. His early attraction towards sports can be traced back to his father, who was a semi-pro rugby player.

The 29-year-old South American national won his first professional tournament at the age of 15 in 2004 when he became victorious at the International Tennis Federation event. To this day, after several wins and trophies, Juan has secured a net worth of $12.4 million as of 2017.