By LRU Writer | On: March 02, 2021
Julia Baird was diagnosed with...coupled with illnesses that have plagued her family...she was surprised when the news that she might be carrying...she claimed to have felt bloated and even...Julia comes from a long line of family members plagued by physical...her brother, Mike Baird left the media outlet, NSW Premier to assist their father, Bruce looks after their mother, Judy who had...Not everything has been doom and gloom for the 51-year-old - who is married to a furtive husband. 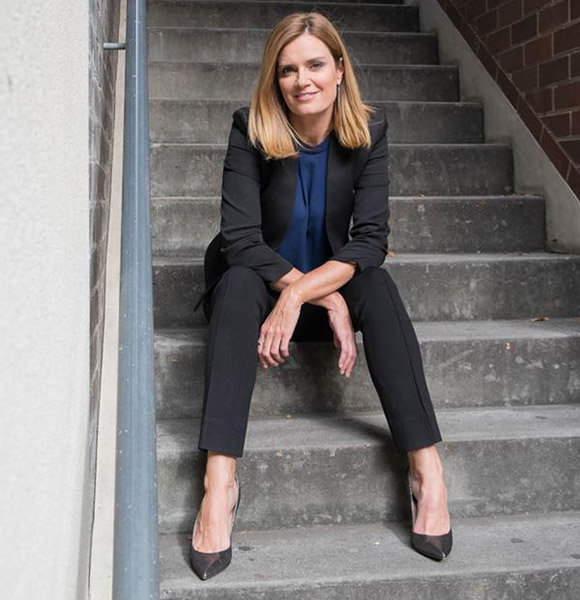 Just because you lead a healthy lifestyle doesn’t necessarily guarantee a life free from human frailty -- just ask broadcast journalist/ author Julia Baird. The Sydney native was diagnosed with Ovarian cancer in her late 40’s despite her claims of being “healthy and strong” all her life.

In an extraordinary turn of events, Julia, age 51, professed that her recurring cancer coupled with illnesses that have plagued her family has helped her gain new outlook in life.

The news of her cancer diagnosis was made public by Julia herself via the New York Times article titled Was It Cancer? Getting The Diagnosis, which was published on 2 September 2015. She opened her poignant article by admitting to having developed a fascination with cancer as she wrote:

I often wondered what it would be like to have cancer growing inside your body.

So, when the news that she might be carrying cancer cells hit, she was thoroughly surprised. For one thing, the 51-year-old journalist claimed she had been practicing a healthy lifestyle all her life. Julia added:

I have always been healthy and strong; I regularly do hot yoga and swim a two-kilometer stretch in a bay teeming with fish near my home in Sydney, all while caring for my two little kids, hosting a TV show, writing columns and making the final edits on the book I am writing.

Months before the diagnosis, she claimed to have felt bloated and even visited a doctor. However, the initial prognosis proved inconsistent with what was to ensue once she got admitted to the hospital in June of 2015 for excruciating pains she felt inside her. She even likened the experience to being pregnant with a child.

And came the moment of truth as she received the fatal blow when her doctor revealed that she had advanced ovarian cancer. She recalled the incident in her article as she wrote:

“I have to be frank with you, Julia,” my surgeon said when I asked if there was a chance it was benign. “All the signs are that this is very serious.”

Between the prognosis and the cancer removal surgery, the ABCTV host decided to isolate herself from the outside world. Following her surgery, which lasted over five hours, she was put in the intensive care for eight days.

A much-needed sense of relief was provided to her once the surgeons revealed that the initial diagnosis was an error; in actuality, she had a less malignant form of cancer, which despite being recurring was non-aggressive.

The Sydney native ended her piece on a sweet note as she wrote:

And I am emboldened by the fact that I am slowly growing stronger.

Julia comes from a long line of family members plagued by physical illness. Over the recent years, the health crisis in the Baird family has intensified in tenfold.

In January 2017, her brother, Mike Baird left the media outlet, NSW Premier to assist their father, Bruce looks after their mother, Judy who had muscular dystrophy. Mike’s retirement came just a couple of months after their father’s open heart surgery.

Finding Peace With Your Illness

Four months prior to Mike’s announcement, Julia had penned an emotional opinion piece for the online outlet SMH.

In the piece aptly titled What I learned after my cancer diagnosis: our fear of death is twinned with a thirst for life, the Sydney University alum goes at lengths to chronicle her experience battling the impending doom. She questions her readers at the beginning of the article by asking:

Would we think and live differently if we had countless tomorrows?

Life before the cancer diagnosis for her was ladened with carelessness. The air of nonchalant no longer hovers above her head. She clearly sounds despondent when she writes:

I miss the thrill of abandon and risk as I live more carefully, deliberately.

Not everything has been doom and gloom for the 51-year-old - who is married to a furtive husband with two kids: a son and a daughter - as evidenced by her next line that reads:

But in many ways I am glad I was smacked so forcefully, as even though I am no longer panicked, I am conscious every day of the fact that life is very often not as long as you think, that the hours and minutes count.

If only everyone had the same perspective in life as Julia does!

Broadcast Journalist Mike Baird New York Times Was It Cancer? Getting The Diagnosis