Julie Gonzalo Dating To Get Married? Her Status Now

By LRU Writer | On: July 19, 2021
Julie Gonzalo Dating To Get Married? The Argentine-American actress Julieta Susana Gonzalo also known as Julie Gonzalo, seems to be dating her co-actor, Chirs McNally. The actress, successful professionally, has successfully kept her private life out of media and their judgments. However, being such a widely renowned actress does not help her choice as fans try to scour every little detail of her private life. 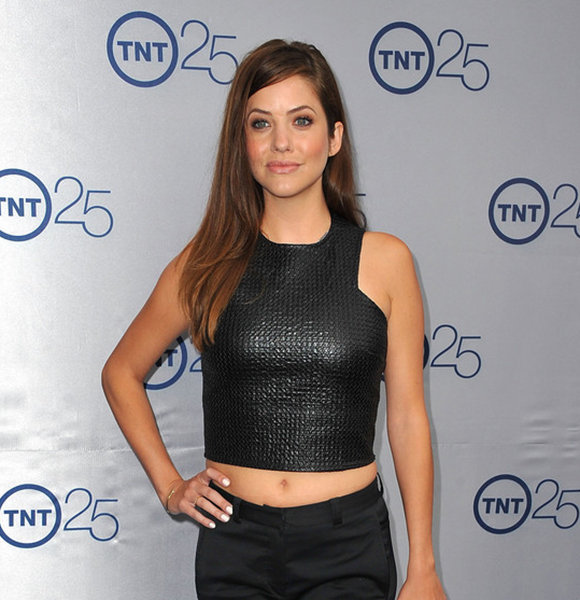 The professionally successful actress has done a great job keeping her private life out of media and their judgments. However, being such a widely renowned actress does not help her choice as fans try to scour every little detail of her private life.

Gonzalo, age 39, is speculated to be dating her costar from the movie Sweetest Heart. The two lovebirds have been rumored to be dating for a while now, but none have admitted to dating each other. But they have not denied the speculations either.

They say dogs are human’s best friends, but we didn’t know dogs could be the proof of someone’s relationship as well.

Although the two lovebirds want to be low key about their matter, we cannot ignore that they put up pictures of the same dogs on their social media.

While the 39-year-old seems to pose with the two dogs, the Canadian actor posted pictures of the same dogs from the very day. The snowy landscape in both of their pictures confirms that these two have been hanging out together. It looks like the two have been enjoying their vacation together alongside Chris’s two dogs. Julie Posing With Dogs Same As Chris's (Via: Julie's Instagram)

The Dallas star seems to be together with the dogs and Chris most of the time. Maybe this can hint at their living relationship, but we cannot be sure about anything yet.

But one thing is for sure that the two seem to be obsessed with these dogs and very fond of them. So even though we might not find Gonzalo’s and her alleged boyfriend Chris’s picture together, it won’t be much to say that the dogs symbolize their relationship.

Though the two might shed away from being seen together in pictures, McNally seems to be pretty fond of his girlfriend and cannot hide his happiness. When asked when he feels the happiest, the 31-year-old Canadian actor replied,

If my girlfriend tells me I'm handsome, that'll make me feel good

We cannot stop but gush over the fact that he might be talking about his girlfriend, Gonzalo. Even though the reports of the actress being married are around, it cannot be confirmed.

Respecting their privacy, we cannot confirm the status of their relationship, so we leave it up to you to decide.

The Argentian actress also had reportedly dated Douglas back in 2014. Series of papped pictures posted by daily mail shows that the two were having the best time of their lives and having much fun together. Julie Gonzalo and Her Boyfriend in 2014 (Via DailyMail)

Back in 2014, the actress was seen surfing on Miami beach with her then-boyfriend. The two seemed to share quite the sizzling chemistry as their beach pictures shared with them, holding hands and smiling the entire time.

Given the actress, she has kept the identity of her ex-boyfriend a mystery.

Although not much is known about him, the nature of the relationship, or the reason behind the breakup, we hope that they have not stopped sharing the same wonderful time and laughter and are friends with each other.

The 39-year-old actress has been active in the industry for two decades now, and she has had her fair share of failures and struggles. Being an immigrant from Argentina, she had to get used to a different culture and a new language.

However, her want to pursue a career in acting made her go through all the hardships and land her first role in “I am Lucy” in 2002. However, the start of her career did not seem to solidify her place in Hollywood.

Her two projects were back-to-back rejected in 2003, then after she landed a guest role in a pilot episode of the all-time hit “Drake and Josh.”

But her breakthrough role was in 2008, where she played Maggie Dekker in ABC legal comedy-drama Eli Stone which won her ALMA Award for outstanding supporting actress.

After this, there was no turning back for the amazing actress as she went on to land roles in hit series such as Grey’s Anatomy, Lucifer and Supergirl.

Although the actress struggled in her initial days, she has made a significant mark for herself in Hollywood. The Argentian- American actress has accumulated a net worth of about $8 million.

Well, coming from an immigrant background and having to work extra hard to get to where she is, the success story of the 39-year-old is truly inspirational.

Julie was born in Lanus, Buenos Aires, Argentina, on 9 September 1981, as Julieta Susana Gonzalo. She completed her primary school level education in Argentina before leaving the country.

Later Julie's family moved to Miami, Florida, where she began her career as a print model. The Argentinian's height of 5 feet 8 inches (1.75m) and weight of 55kgs helped her tremendously in modeling. While in Florida, she also studied theaters and then moved to Los Angeles to pursue her career in acting.