By LRU Writer | On: October 31, 2019
Justin Alaric Holiday is the...refers to each other as ‘best friend’ in their social posts and claims to be a firm...already has an impressive career, a...was destined to be a Basketball star as he was born to...the family is making longer lines in the athletic quota as he is also... 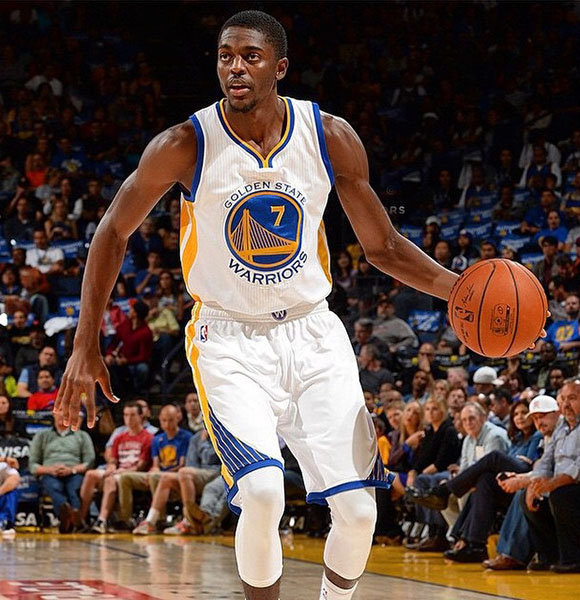 Justin Alaric Holiday is the shooting guard/small forward for Indiana Pacers with the Jersey no.8 for the NBA 2019-20 season. He has been with the Pacers since 31st July 2019 with a backing of six seasons experience in NBA.

The NBA star of 6 feet 6 inches (1.98 m) scored a career-high 30 points playing for Memphis Grizzles on 3rd January 2019 in a close game. Justin has been with NBA teams in the likes of Cleveland Cavaliers, Utah Jazz, since his NBA debut game with 76ers.

Nicknamed as ‘The Fireman,’ his career highlights have been winning the 2015 NBA championship with Golden State Warriors, as well as becoming the 2014 Hungarian League champion and 2014 Hungarian Cup winner.

Justin is lucky in his personal life, as he married his longtime sweetheart, Shekinah Holiday, on 31st August 2013, after dating for six years. The duo refers to each other as ‘best friend’ in their social posts and claims to be a firm believer in Christ.

From their social media posts, especially Instagram, it is clear that both are happily married, know each other for a long time, and are thankful to each other to have them in their life. For instance, Shekinah wrote on her Instagram, wishing Justin a happy birthday,

There’s no one else I rather dance through marriage and parenthood with….. You’ve held my hand since childhood, never faltering in the unexpected twists and turns in our paths…..I hope ours is a song that never ends. Happy birthday, my love.

The couple was blessed with their first child, a baby girl, in November 2017. Thus, he already has an impressive career, a loving wife, and a beautiful daughter at the age of 30.

It seems like Justin was destined to be a basketball star as he was born to Shawn and Toya Holiday, both college basketball players. His dad Shawn played for Arizona State, whereas his mother Toya was named ‘Pac-10 Players of the Year’ in 1982.

It must have been very competitive while growing up for this Holiday family. Justin was a role model brother as he had an impressive high school career and college career, earning him Pac-10 Defensive Player of the Year by Netscouts Basketball.

Following the footsteps of his parents and himself, his younger siblings also played professional basketball. His younger brother Aaron Holiday joined Justin as he entered Indiana Pacers in 2019. His second younger brother Jrue Holiday is an All-Star NBA point guard, who plays for New Orleans Pelicans.

Thus, it won’t be wrong to say that Justin Holiday's family is one of the most athletic NBA families.

Furthermore, the family is making longer lines in the athletic quota as he is also the brother-in-law of U.S. women's national soccer team player Lauren Holiday (married to Jrue).