Did Justine Schofield Get Married To Boyfriend/Partner? Status Now

By LRU Writer | On: January 27, 2021
Speculations were made that the TV chef Justine Schofield and his boyfriends Channel Seven presenter Matt Doran would definitely end their relationship by getting married. However, the couple could not get over their long-distance relationship and ended in..... 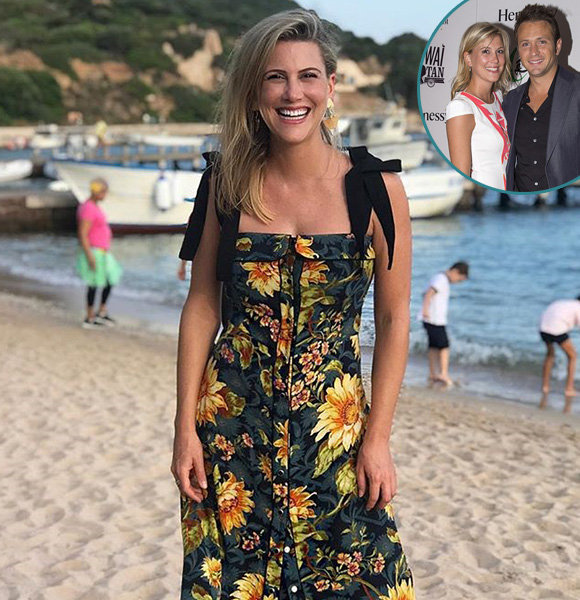 Justine Schofield rose to fame after appearing on MasterChef's first season in 2009, where she ended up as one of the finalists. Since then she has been on the height of her career, and through her journey, she also met her boyfriend with whom she was rumored to get engaged.

However, Justine and her boyfriend were struggling from across ocean relationship. And with their long-distance relationship, it seems the couple got exhausted which led to the ultimate downfall in their dating life.

With the end of her soon-to-be-married relationship, for the time being, the 33 aged chef is enjoying being the aunt of the triplets niece!

Speculations were made that the TV chef Justine Schofield and her Channel Seven presenter boyfriend Matt Doran would end their relationship by getting married.

The fans favorite couple were dating since after meeting each other at a Channel 10 function back in 2014. During that time, both of the duos' career was on the peak as Justine had launched her cooking show, whereas Matt was one of the Channel 10's star news identities.

The pair were doing well into their relationship, however, Doran had to move to the United States in 2015 to take the hosting job at US cable crime show, Crime Watch Daily in the US.

Just after one year of the dating relationship, the pair was separated by an ocean, but somehow they kept their relationship alive for the further two long years. After Doran finished his hosting contract with Crime Watch Daily in the US, he returned to Australia in 2017 and signed on to Seven's Sunday Night and spread the rumors of the pending engagement.

However, instead of surprising their friends and followers, they shocked them by calling their relationship off.

A close friend of Everyday Gourmet host and former MasterChef finalist claimed that though the couple tried to make their relationship run smoothly, things did not work between them. A source stated to The Daily Telegraph in June 2017:

“They tried really hard and Justine especially made a lot of effort to travel to the US as much as she could. But unfortunately, it just didn’t work out for whatever reason.”

Also, Justine, who first traveled to the US to visit her boyfriend in 2015, has unfollowed her then-husband-to-be on both Facebook and Instagram. Though she unfollowed him, she still had old-loved snaps filled into her social media account.

You May Also Like:- Joe Bastianich Tossing Career, Wife, and Kids! Has Every Ingredient to a Happy Family

The Sydney-based-celebrity-chef reportedly visited her then-boyfriend every couple of months in the United States. And however, she had stated to Adelaide Now that she was exhausted traveling to the United States to meet Matt. She stated:

"I'm exhausted, it's taking a toll"

Similarly, Matt also told Daily Mail in 2015 that he was missing his partner hinting their relationship was going well at that time.

Well, after struggling through their two-years of a long-distance relationship, the couple ended their relationship and has not commented on this matter.

Justine's French mother and warrior father might be unwillingly waiting to see their daughter walk down the aisle and settled down with her family.

Though she has not thought to have a family yet, her older brother Clarence and his wife Claire seems to have fulfilled her parent's wish as they are the parents to three triplets daughter in March 2018. The happy aunt could not resist herself to share the family's joy via the picture of her nieces on to her Instagram claiming herself as 'Aunty Ju.' Her followers came with the congratulatory message to her family on the comment section.

Justine, who was born on 29 October 1985, grew along with her younger brother Lawrence and older brother Clarence in Sydney, Australia. She completed her study earning the Bachelor's Degree in Hotel Management, and since then she has decided to pursue cooking for her further career.

Don't Miss:- Is Sofia Hublitz Having A Dating Affair? Fans Curious To Know Who Is The Boyfriend

Similarly, the home cook, who went on to compete the show, Masterchef in 2009, has a family line of a passionate cook as her French mother and grandmother is expert in classical French cuisine. She also claimed that she used the recipe of her mother's and grandmother's recipe on the MasterChef.

On the occassion of Mother's day, Justine wished her mother sharing the beautiful picture alongside with her mother via Instagram on 13 May 2018. Also, she explained her father's bravery with her father's picture when he was at the age of 21 on Facebook back in 2014.