Who Is Karen Gillan Boyfriend? Her Dating Status Now

By LRU Writer | On: December 08, 2019
Scottish actress Karen Gillan rose to fame for her portrayal of...her fame became international as she...has not been spotted with or linked to anyone...she did strike some dating rumors in the past...initially started her career as a model...made her debut on the big screen from...one of the leads in Jumanji...reprising her role as Ruby Roundhouse in the second installment...estimated net worth of...stands at the height of...perfect measurements... 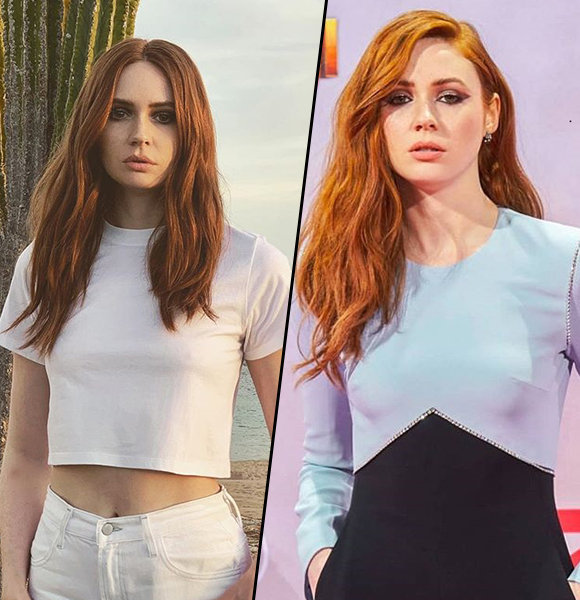 Scottish actress Karen Gillan rose to fame for her portrayal of Amelia Pond on BBC's Doctor Who. For her role in the BBC soap opera, she also won a 2012 National Television Award.

Read on to know more about Karen's personal and professional life.

Who Is Karen Gillan's Boyfriend?/ Her Dating Status

Well, it may be hard to digest, but Karen Gillan appears to be single at the moment.

The actress has not been spotted with or linked to anyone, who could be dubbed as her possible love interest.

However, she did strike some dating rumors in the past. During her time in Doctor Who, Karen raised many eyes because of her chemistry with co-actor Matt Smith. But, both Karen and Matt never commented on those rumors.

Further, in 2012, Karen also had a fling with British actor Andrew Brooke, but it did not last long.

Before these linkups, Karen was in a serious relationship with British photographer Patrick Green for six years.

Karen initially started her career as a model. When she was studying in London, she was scouted by a modeling agency. However, she always had her head and heart set on being an actress rather than a model.

She commenced her acting career starring in the TV show Rebus in 2006. After that, she had minor roles in many TV shows. She eventually made her debut on the big screen from the supernatural thriller film Outcast in 2010.

Further, her fame reached new heights as she landed the role of one of the leads in Jumanji: Welcome to the Jungle in 2017. Moreover, Karen is reprising her role as Ruby Roundhouse in the upcoming Jumanji installment titled Jumanji: The Next Level - which is set to hit the theatres at the end of December 2019.

During her career, Karen has successfully garnered an estimated net worth of $2 million. Further, her career is catching pace right now, so her net worth is more likely to increase soon.

You May Like:- Jessica Origliasso Boyfriend, Dating, Height, Net Worth

As for her education, Karen studied acting at Telford College and later graduated with a Bachelor of Arts degree in acting from the Italia Conti Academy of Theatre Arts in London.

Scottish Actress Doctor Who Guardians of the Galaxy Jumanji: The Next Level Not Another Happy Ending