Who Is Lily James Boyfriend? Married, Measurements, Net Worth

By LRU Writer | On: November 18, 2019
British actress Lily James is best-known for...is not yet a married woman...long term relationship with...have sparked engagement rumors...does not seem to be in any hurry to tie the knot...first brush with fame was in...list of filmographies includes... whopping net worth of...blessed with the perfect measurements... credits her fitness to... In fact, for her performance as Lady Rose in the latter, Lily even won a Screen Actors Guild Award for Outstanding Performance by an Ensemble in a Drama Series in 2015.

Read on to know more about the personal and professional life of Lily James.

Who Is Lily James' Boyfriend?

Lily has gained a massive number of admirers and fans over the years, who are always curious to know about her love life and dating affairs.

While the Mamma Mia: Here We Go Again actress is not yet a married woman, her long term relationship with Doctor Who fame Matt Smith is not a secret. The two met each other for the first time on the sets of Pride and Prejudice and Zombies in June 2014. 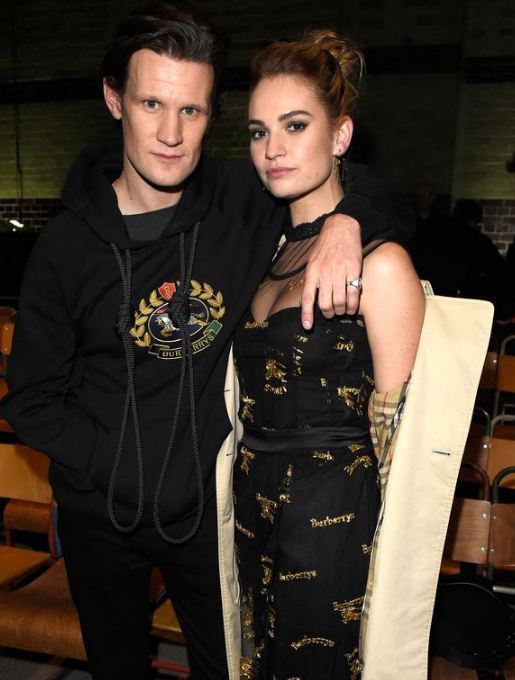 Over the years, the two have sparked engagement rumors numerous times. The stories were further fueled up when Lily showed up at the red carpet of BAFTA awards with a massive ring in her ring finger. However, Lily cleared all those claims by saying that it was just a piece of jewelry.

Well, for now, the couple does not seem to be in any hurry to tie the knot. But, looking at their five years-long relationship, Lily and Matt seem to be going pretty strong and are very likely to pronounce each other husband and wife in the future.

Lily James, who was born to an actress mother - NinetteThomson and musician father - James Thomson, realized her passion for acting at a very young age.

Her first brush with fame was in 2010, from a supporting role in the TV series, Just William. However, it was her role as  Lady Rose MacClare in Downton Abbey from 2012 to 2015 that made her a household name. Further, her portrayal of the Disney princess Cinderella in the titular film in 2015 made her a global star.

Her list of filmographies includes Wrath of the Titans, Broken, Fast Girls, Pride and Prejudice and Zombies, and Mamma Mia! Here We Go Again, to name a few.

Well, with such an impressive list of credits on her name, Lily's whopping net worth of $4 million does not come as a surprise. Further, Lily is a young actress with a rising career ahead of her. Hence, her net worth is more likely to increase in the future.

Moreover, the 5 feet 7 inches ( 1.7 m) tall actress who boasts a complimenting weight of 55 kgs is also blessed with the perfect measurements of 34-24-35 inches.

You May Like:- Jenny Boyd Dating, Parents, Net Worth

The Cinderella star credits her fitness to yoga and cycling. Further, she is also known for undergoing extreme workout routines to get ready for her characters.