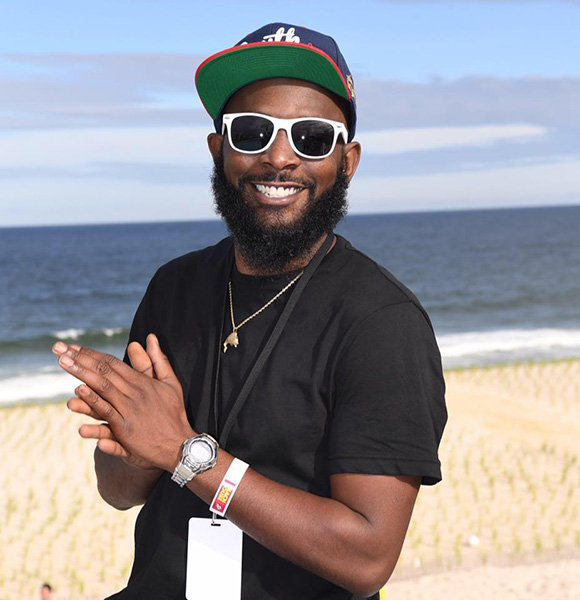 For almost half a decade, comedian Karlous Miller was a staple among the fans of the immensely loved improv comedy show, Wild N' Out.

Apart from his incredible line of work, the fandom is well curious about the star's love life with his girlfriend.

Tapping into his natural comedic self, he undoubtedly played an instrumental part as the Nick Cannon-hosted MTV show reached never-before-seen heights.

Not only was the comedian/podcaster the funniest cast member in the Wild N' Out, but also one of the most punctual. Understandably, everyone - including Karlous himself - was in disbelief he got fired from the show.

Karlous Fired From Wild N' Out?

The 85 South Podcast personnel suffered a crushing heartbreak in 2018 as he learned about his firing from Wild N' Out. The tragedy was made worse by the fact that it took place during Valentine's Day weekend.

A distraught Karlous Miller took to Twitter to profess disbelief over the development. In his own words:-

To make matter worse, he had to wait nine months before receiving an explanation for his dismissal. During his October 2018 interview with The Breakfast Club, Charlamagne - the show's host - confronted Nick Cannon about the firing through a video chat.

In his reasoning, Nick blamed "the white folks" in the management and simultaneously lauded Karlous for his work as a podcaster.

Within days, the co-workers turned arch-nemesis got into a social media spat as a video of Nick- during an appearance on Hollywood Unblocked podcast - at the comedian surfaced.

In July 2019, months of passive-aggressive commotion between Karlous and his former boss Nick Cannon culminated in the duo facing each other on the stage of Wild N' Out.

Instead of getting into a physical altercation, the duo opted to spar with words. Tackling the elephant in the room, Karlous didn't waste any time mentioning his firing from the show. He rapped:-

"I came to Wild N' Out because I need to feed my kids. You trying to fire me but that just ain't what it is."

In his rebuttal, Nick posed a rhetorical question. The Wild N' Out host asked:-

"How do you get fired on your damn day off?"

By the end of the battle, the show's DJ declared Karlous' team as the deserved winner.

Wild N Out Alum:- Jena Frumes Wiki: Everything From Age To Her Newly Dating Affair with Boyfriend

In many ways, the comedian's return to Wild N' Out signaled a repair in the duo's relationship.

To those unfamiliar, ex-girlfriend Ashima gets better recognized for her performances on Kattpacalypse and Off The Chain. She is now the head writer at All Def Digitial.

Besides sharing a passion for comedy, the former "Wild N' Out" performer and ex-girlfriend of his was once a wife prospect Ashima - also a comedian by trade - share a son named Austin. And given their line of work, the former boyfriend and girlfriend's son will likely try to make it as a comic too. It's highly likely that Karlous and his ex-girlfriend Ashima probably met in Atlanta.

Behind Karlous Miller's Net Worth

Also, Atlanta - where he honed his skills as a comic - served as a training ground for Karlous.

A native of Oxford, Mississipi, the former Yo Mama star moved to Atlanta, Georgia - leaving behind his full-time firefighter gig - with the purpose of making it as a comedian. Detractors claim that his drug dealing ways inspired the move.

Making his TV debut with Robert Townsend: Partners in Crime—The New Generation, Karlous went on to forge an immaculate career as an actor/comedian.

Besides Wild N' Out, he gets best recognized for his comedic performances on shows including Hell Date, Comic View, Last Comic Standing, Off The Chain, and Bill Bellamy’s Who’s Got Jokes?

Beyond TV, Karlous generates substantial money on the road as a standup comedian. He may not make the list of the wealthiest comics alive with his six-figure net worth, but in a decade's time, he just might.

Born in 1983, the All Def Comedy star - now age 39 - grew up alongside his five siblings in Oxford, Mississippi. Neither his biological siblings nor his parents had any connections with the show-biz.

Fellow Wild N' Out Alum:- Who Are Wild 'n Out's Rasika Mathur's Parents, & What Is Her Ethnicity?

An African-American man by ethnicity, Karlous credits his family - including his loving parents - for letting him embrace his inner self. Labeling his kin-folks colorful, he even refers to them as the basis of his creativity.

For a comic, the former Joking Off star is a relatively good looking guy.