By LRU Writer | On: July 24, 2019
Karrueche Tran is a growing name in a the...made name for herself as a glamour guru and set a benchmark for...previously dated famous R&B singer, Chirs Brown in...had been hooking up with each other for...started dating new boyfriend Victor Cruz in... 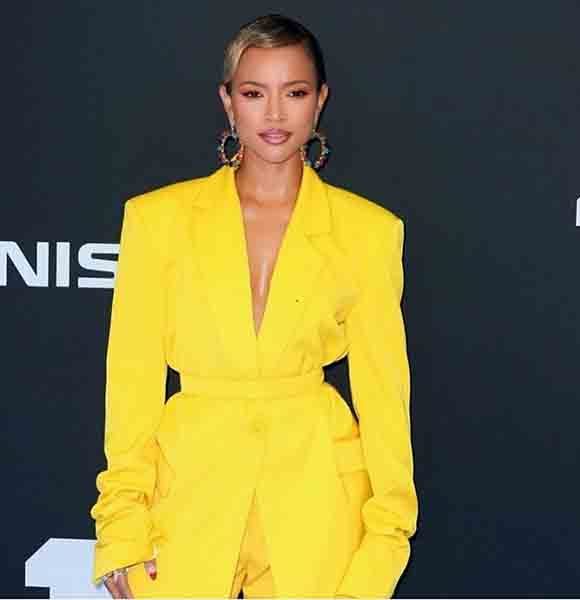 Karrueche Tran is a growing name in the entertainment industry. She has marked herself as a glamour guru and set a benchmark for the upcoming generations.

The American started off her journey in the industry via retail sales as a freelance stylist. Then, she featured in campaigns of top brand Crooks & Castles. Catching the eye of the public, she got selected for roles in movies and TV serials.

The actress previously dated famous R&B singer, Chris Brown in 2010. They spent some quality time together until Karrueche found out Chris was the father of a baby with another woman.

Ex-Boyfriend:- Chris Brown's Documentary Trailer Is So Problematic I Don't Even Know Where To Begin — VIDEO

Things got heated between the two as she even filed a case against her ex-boyfriend. The matter got so severe that a restraining order was inflicted to protect Karrueche and her family from Chirs until the dispute was settled.

After such a messy relationship, people thought the actress was evidently in a dating crisis, but she proved everyone wrong as she started dating a new boyfriend, Victor Cruz in October 2017. The couple had been hooking up with each other for quite a long time. But, due to their busy schedule, they were not able to give time for their relationship. As soon as they made leisures for each other, their relationship became a couple goals personified.

The new love birds were seen holding hands in LA on December 2017 on what seemed a romantic dinner date. Interestingly, they are not holding back as they frequently post pictures with each other on their Instagram.

Karrueche Tran was born in Los Angeles on 17 May 1988 to Afro-American father Devon Minters and Vietnamese mother, Cindy Adamson. She was raised alongside a brother named Raymond Adamson with no other siblings in the family.

The model is known for her small stature and stands at a height 5 feet 1 inch(1.55m). She looks different for an American, because of her mixed ethnical looks, which she inherits from her parents.

Growing up, Karrueche attended Fairfax High School but, shifted to Birmingham High School and graduated. She was into fashion from her teenage days and started working as a personal shopper in the fashion industry.

Her hard work and dedication proved very fruitful as she established her very own clothing line called The KIll and also became the brand ambassador of Crooks & Castles.

After, her exposure to the glamour Blizz she appeared in TV serials like Vanity, The Bay and even acted in the film 3-Headed Shark Attack in 2015. As of now, the 32-year-old actress/model is making a more prominent name for herself in both the fashion and entertainment industry alike.