By LRU Writer | On: October 07, 2019
Kat Dennings did not have the happiest of starts as her parents did not want her to pursue... to that, her dating life has been a rife full of... father is a pharmacologist and her mother, a speech therapist, and a...is a blooming name in the industry with more than 25 acting credit in...is an active blogger who continues to interact with her fans through her YouTube channel and... 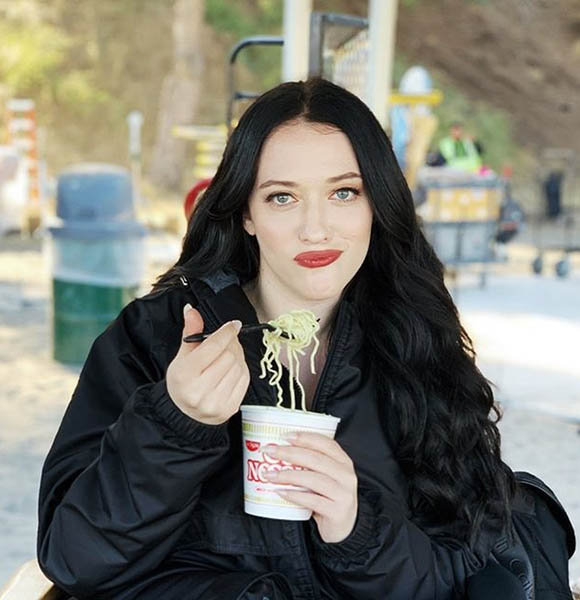 When it comes to acting, Kat Dennings did not have the happiest of starts as her parents did not want her to pursue the career.

As the youngest child of her parents, the actress eventually found some leniency and gave a shot to acting after moving to Los Angeles.

In no time, she mustered a small role in the then-hit TV show, Sex and the City. At that time, she was just 13 years old, and boy, what a dream come true for Kat.

Kat Dennings' career as an actor is splendid, and it continues to grow with each passing day. Parallel to that, her dating life has been a rife full of ups and downs.

The American actress dated celebs like Nick Zano, Ryan Gosling, and Matthew Gray Gubler, but none lasted till the end.

Unlike them, her most prominent dating affair was with American singer Josh Groban. Talking about it in the Ellen DeGeneres Show, Kat revealed she met  Josh through a mutual friend in 2014. However, after dating for a brief period, the two called it time in July 2016. As of now, Kat is focused on her upcoming projects like Friendsgiving, WandaVision, and The Croods 2 and is in no rush to get married and settle down with a husband.

Her father is a pharmacologist, and her mother works as a speech therapist and poet. As a child, Kat was homeschooled and did not have a lot of conversation with the people outside.

The acting was her way to connect to the people, and so she decided to pursue a career in acting. At the age of fourteen, the teenager moved to LA to do full time acting. Now, she is a blooming name in the industry with more than 25 acting credit to her name.

As of 2019, the 33-year-old is working on the upcoming comedy movie Dollface with many other opportunities on stand by.

It might have been hard for Kat when her parents didn’t believe in her dreams. But, look at where she stands now.

Even though she started late in acting, it took her no time to grab hold of the flurry of opportunities provided to her. Making her debut in 2000, the London actress went onto feature in movies and TV shows like CSI: NY, 2 Broke Girls, Thor: The Dark World, and Big Mouth.

Also, she is an active blogger who continues to interact with fans through her YouTube channel and website. Following the same, she has mustered an enormous net worth of $12 million. In addition to that, Kat sold her LA house in 2016 for $1.85 million, which further added to the total net worth.