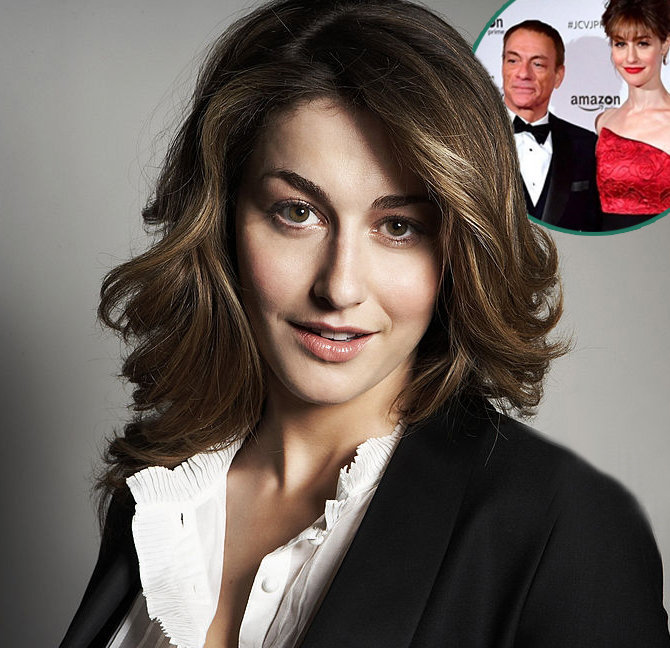 American actress Kathryn Davidametja, a.k.a Kat Foster, who is known for her role as Steph Woodcock on 'Til Death, is in happy love life with her partner.

They leveled up their relationship, getting engaged, and are now planning for their marriage at the same time.

Kat Foster was introduced to her soulmate Jim Hustead as a neighbor who owned a restaurant downstairs. They came up to know each other during mid-2014.

After staying in the dating relationship for more than three years, Kat's boyfriend popped up a marriage proposal. The couple witnessed the most important day of their life on the night of 1st July 2017 on Bond Street in NYC.

A day after the proposal, Kat shared a picture via Instagram in which she was seen in Jim's arms, flashing a shiny ring.

Moreover, Kat disclosed the proposal  by sharing the same picture on her Twitter on 2nd July 2017, writing that she couldn't wait to call him "husband." 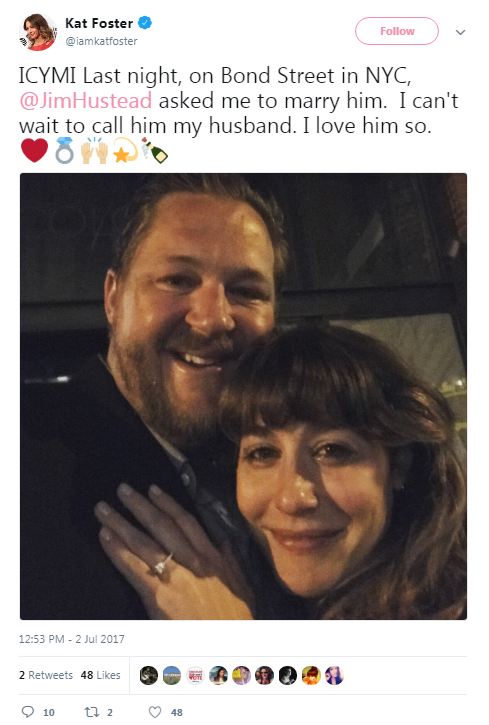 The Oakland native later posted the picture of her fiance via Instagram on the occasion of his birthday on 3rd October 2017, writing,

Happy Birthday to my sweet and smart and strong and handsome fiancé. I love him dearly and wholly.

Kat, with a big belly, revealed that she was pregnant on Instagram on 5th April 2018. Likewise, on 4th September of the same year, the pair welcomed their baby daughter into their life.

Wellwishers flooded the pairs' Instagram comments with heartful wishes, and the couple couldn't be happier with the inclusion of new member to share the love.

Despite everything, Kat hasn't revealed the name of her daughter yet, but since her birth, it seems she can't stop herself from sharing the good moments among her fans. Especially in various special events, including Rosh HaShanah (Jewish New Year) and her husband Jims birthday, she featured her baby and expressed her good wishes.

Moreover, her viewers came across her baby's picture of the first outing, and it was more than just an adorable addition to numerous images.

Interestingly, the actress has been pictured referring to her only single daughter as “little peep.”And there is a very scant probability that her daughter's nickname got inspired from the late rapper Little Peep.

Her husband is also playing a crucial role in their daughter's upbringing, and the new parents spent their time together in Dodgers game held on 1st April. The baby has strengthened the lovebirds bonding, and the couple are making the most of their newfound joy in life.

However, it looks like Jim is not her first fiance. Back on 17th May 2012, Kat posted a picture via Twitter in which she captioned,

lovely birthday spread my FIANCE laid out for me this morning.

Considering the tweet, she had already witnessed an engagement before being in a relationship with Jim.

Who is Kat's Fiance?

Furthermore, he is currently pursuing "Masters of Science - MS, Integrated Design, Business and Technology" at the University of Southern California.