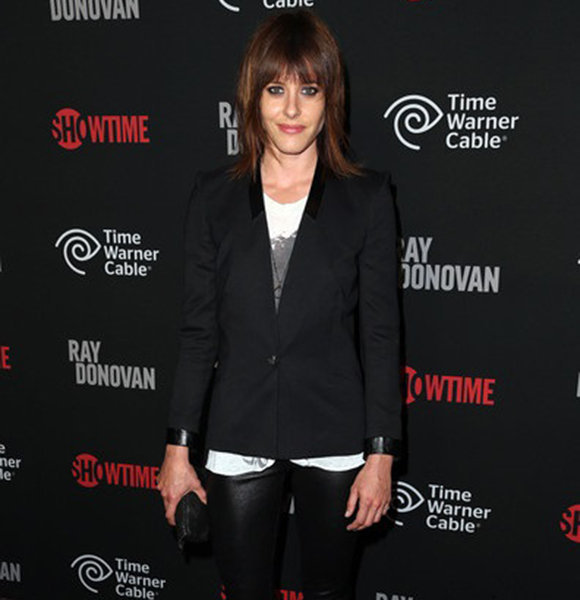 Best known for Everybody's Fine, The Lincoln Lawyer, and Gone, American actress Katherine Moennig has been a part of the Hollywood for more than two decades.

She began her career in 1999 with Our Lady Peace video "Is Anybody Home?". The actress quickly moved up the ranks and landed her first significant role as Jacqueline 'Jake' Pratt in the TV show Young Americans.

With her outstanding performance as Shane McCutcheon on The L Word, Katherine managed to land a role in the sequel, The L Word: Generation Q, set to premiere sometime in 2019.

Who Is Katherine Dating?

Katherine has had her fair share of relationships, rumors, and controversies.

In mid-2019, the actress was the subject of the media because of her sexual orientation. While she has portrayed lesbian characters on screen multiple times and even had a real-life relationship with a female, she has never discussed being gay or lesbian in the public.

Nevertheless, she was romantically linked with actress, Evan Rachel Wood. The relationship between the two started when the duo exchanged a few flirty texts in February of 2013.

Meanwhile, Evan was married to Jamie Bell. However, they divorced in 2014 and the same year, Katherine and Evan started dating publicly. But their affair turned out to be a short one as they split in November 2014. Despite them having parted ways, the pair remain good friends till date. On 20th Jan 2018, Evan shared a photo of herself with Katherine on her Instagram hinting that they have no hard feeling for each other.

Fast forward to 2019, the actress has been rumored to be dating, American actress and musician, Leisha Hailey.

Friends for 17 years, the pair were the center of attention of the 2019 Pride month. As none of them have revealed anything on the status of their connection, their relationship remains a mystery.

While most of her friends call her Kate, her full name is Katherine Sian Moennig. She was born in Pennsylvania, the USA in 1977. The actress celebrates her birthday on the 25th of December.

Katherine grew up in the city of Philadelphia with her parents.

Her mother, Mary Zahn was a Broadway dancer while her father, William Moennig III, was a violin maker. Despite being an American by nationality, the actress has German and Irish ancestry. Her grandfather William Moennig was from a small German town, Markneukirchen.

Katherine comes from a family of people involved in the entertainment industry. She is half-niece of actress Blythe Danner and also the cousin of actress Gwyneth Paltrow.  She is a graduate of the American Academy of Dramatic Arts.

As for her physical appearance, at the age of 41, the actress stands tall with an impressive height of 5 feet 8 inches (1.73 m) and boasts a slim hourglass-like figure.