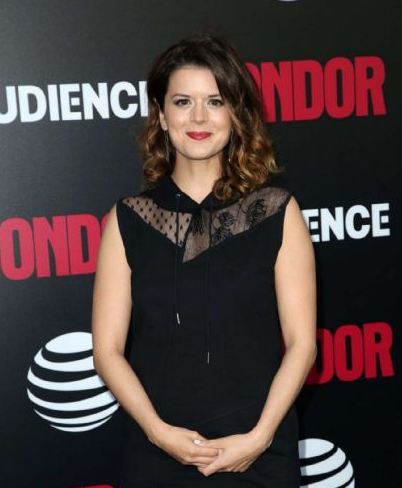 In her career extending nearly a decade, Canadian actress Priscilla Faila experimented with various roles and excelled at them all. One of the roles even portrayed her as a lesbian/bisexual.

Her portrayal of the role was so real-life-like that it rose suspicions of her sexual identity to be lesbian.

Is Priscilla a lesbian in real life or is her bisexual relationship limited to professional commitments? Find out!

One of Priscilla's most significant roles includes the character Izzy Silva in You Me Her. She plays an escort, who gets hired by Jack Trakarsky (Greg Poehler) to compensate for his failing married life. However, his wife Emma (Rachel Blanchard) becomes aware of the fact and goes out of her way to bond with Izzy.

As Emma and Izzy form a passionate relationship, a love triangle between the married couple and their escort follows. Priscilla Faia (middle) alongside co-stars Greg Poehler and Rachel Blanchard on the show, You Me Her (Photo: Autostraddle.com)

The series' fourth season aired in April 2019 and is garnering positive reviews from fans and critics alike. The show's success and Priscilla's realistic portrayal led many to suspect her sexuality off the screen.

While the Canadian actress has not come out as a lesbian, she has not been much open about her dating life and relationships either.

Nevertheless, in 2010, Priscilla had hinted about her dating status claiming that she was fed up of saying she was busy or had a boyfriend to endless stalkers on Twitter. However, after that, Priscilla has never updated about her romance, which could hint at her single stature at the moment.

Priscilla, age 33, might not be known for her tall height as she is only 5 feet 4 inches (1.63m), but her coordinating weight compliments her body mass index.

Additionally, the actress is the crush of many due to her cute looks and figure to die for.

Priscilla was born in Victoria, the capital of British Columbia in a family of Portuguese immigrants. Her parents had shifted to Canada from Castelo Branco district, Portugal.

The actress also has a brother in her family, who is relatively low-key than his famous sister.

At age 22, Priscilla moved from her hometown to Vancouver in pursuit of a career in the entertainment industry. She started off performing in commercials and soon moved up to acting with a part in the short film, After the Riots, in 2009.

Her career prospered as she got more significant roles in movies & shows like Method and Rookie Blue.

With You Me Her, Priscilla became a household name in both the US & Canada and even succeeded in building a fan base. Alongside a flourishing acting career, Priscilla also made a fortune for herself.

Even though her net worth is yet to be made public, her annual salary is $50,529 or more.

Canadian Film Actress You Me Her Rachel Blanchard