By LRU Writer | On: March 08, 2019
You may recognize Kathy Leutner as the girlfriend of NHL star, Sidney Crosby; however, she is not just a WAG but also an ambitious woman...A model by profession, Kathy has appeared in countless magazines and even tried to become a swimsuit model at one point... 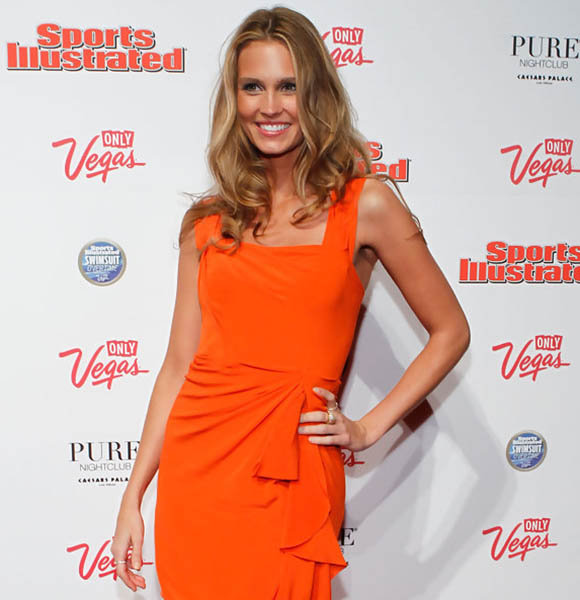 You may recognize Kathy Leutner as the girlfriend of NHL star, Sidney Crosby; however, she is not just a WAG but, also an ambitious woman. A model by profession, Kathy has appeared in countless magazines. She even tried to become a swimsuit model at one point.

Unfortunately, her career often gets overshadowed by her boyfriend's fame, but the Virginia native has no complaints as she is a loyal and supportive girlfriend. Further, she has also made good connections with her partner's family, who could someday be her in-laws'.

Kathy has been involved in a romantic relationship with famous NHL player, Sidney Crosby, for more than a decade now.

The couple first met through mutual friends and later started dating in 2008. The duo is also believed to have broken up sometime between 2010 & 2011, but soon reconciled their differences and reunited.

Another NHL Star:- Kathryn Tappen and Her NHL Defenseman Husband: Not Wearing Wedding Rings! Are They Still Married? Divorce?

Kathy, who is supposedly the first girlfriend of Sidney, is often seen supporting her boyfriend during his games. And, the pair don't hesitate to show public display of affection. Over the years, Kathy has grown close to her boyfriend's family. She often visits them whenever she gets a chance. Kathy, along with Sidney's family, has been to several of his games where she could be seen enjoying their company while also supporting her boyfriend. Sidney - who is taller (with a height of 5 feet 11 inches) than his girlfriend - is an ideal boyfriend to have for anyone out there.

Moreover, the couple lives together in Sidney's home located in Nova Scotia, Canada. While the duo is yet to get engaged, it may be any day now that the hockey legend proposes his girlfriend.

And, if Kathy and Sidney get married someday, the model will become a beneficiary of her partner's massive net worth that amounts to $55 million.

Born in Virginia, Kathy spent a significant part of her childhood in the state before a modeling agency ultimately discovered her at the age of 18. A blonde woman, she possesses an American nationality; however, she hasn't revealed much about her family.

To this day, she has featured in several magazine covers including the Fitness Magazine. Kathy also tried to star as a model in the Swimsuit Edition of the Sports Illustrated; unfortunately, she didn't make the final cut.

Having celebrated her 31st birthday on 13 December 2018, Kathy might be thinking of moving to a more prominent job like acting but, hasn't yet revealed her career-changing decision.