By LRU Writer | On: February 05, 2019
Coming from poverty laden household in Venezuela, fitness guru Michelle Lewin has made most of the opportunities handed to her. After initial stumblings in the catwalk and cover modeling arena because of her measurements, she found a right home in the world of bodybuilding...Today, she's one of the most prominent fitness models that Instagram has ever seen. 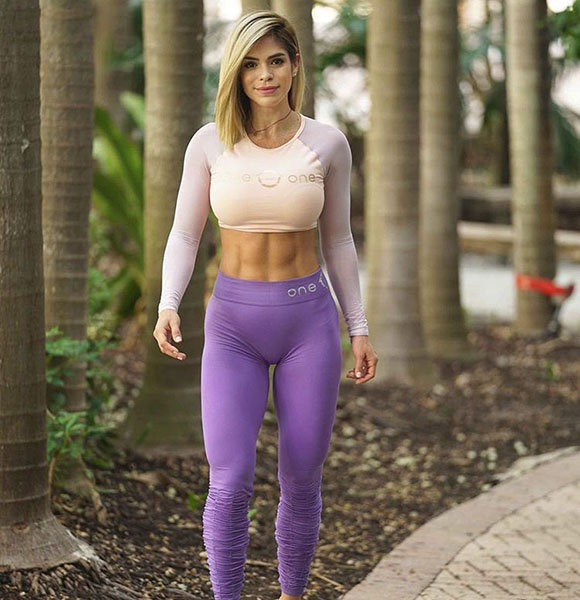 Coming from poverty laden household in Venezuela, fitness guru Michelle Lewin has made most of the opportunities handed to her. After initial stumblings in the catwalk and cover modeling arena because of her measurements, she found a right home in the world of bodybuilding.

Today, she's one of the most prominent fitness models that Instagram has ever seen. Besides boasting 13.3m followers on the stated social media platform, she also possesses seven million Facebook page likes and over 370 thousand subscribers on YouTube.

To get acquainted with the model/Instagram star, take a peek at some riveting wikis on her!

Who Is Fitness Model Michelle Lewin? Wiki Reveals Everything

Born on 25th February 1986 in Maracay, Venezuela, Michelle grew up in dire circumstances. To this day, she doesn't know, who her biological father.

Raised by her mother and stepfather - who left the family when she was 14 years of age - the bodybuilding champion survived on very little when she was a youngster. As a result, she grew up thin and weighed less than 85 pounds at one point during her teenage years.

Despite all the shortcomings, Michelle got noticed by a photographer friend, who helped her build contact with several fashion agencies across Europe. It proved to be her "Golden Ticket" out of Venezuela, where she was working in a local clinic.

However, the fact she was five feet & four inches and had freckles all over her breasts made it so difficult for her to penetrate the European modeling industry. After a few gigs, she shifted her focus to fitness and bodybuilding, and as they say, the rest is history. Since turning into a fitness freak, the Instagram sensation has turned over a new leaf, competing in over 14 bodybuilding contests and eventually appearing on the covers of magazines such as Playboy, Oxygen, and Inside Fitness.

To her fans' joy, Michelle revealed all her workout and diet secrets in her 2018 book entitled The Hot Body Diet. It's this giving nature that has made her a star & wealthy woman at the same time. In 2017 alone, her wiki suggests that she bagged $4.5 million in earnings.

Husband Does It All; Measurements & Tattoos Info

Believe it or not, the Latin beauty, age 32, and her husband, Jimmy Lewin go as far back as her pre-fitness days.

A bodybuilder by trade, Jimmy convinced Michelle to hit the gym and put on a few extra pounds. Shared interest over fitness coupled with the love for each other eventually led them to tie the knot in 2010, two years after coming in contacts. Michelle Lewin walks down the aisle with husband, Jimmy Lewin on the day of their 2010 wedding (Photo:- dailystar.co.uk)

Recognizing Michelle's potential, Jimmy talked her into moving to the US. Based in Miami Florida since 2012, the duo functions like a well-oiled machine. While the Instagram sensation is the star of the show, her husband does it all. He is her trainer, social media manager as well as an agent.

In retrospect, if it weren't for her partner constantly pushing her, she would never be able to hold absolute body measurements - 36-25-36 inches (91-63-92) cm - as she does today.

To accentuate her perfect physique, Michelle got her very first tattoo on the back of her neck in May 2017. Within a month, she uploaded a video of her getting a much larger tattoo on her back.