By LRU Writer | On: December 19, 2019
Katie Kadan is the singer who rose to fame after appearing on the season seventeen renowned reality TV show called The Voice. She started singing at a young age in a choir to performing in open mics and different gags...Katie Kadan was born on...Katie started her musical journey professionally when she...her fame skyrocketed when she appeared in the...Interesting Facts... 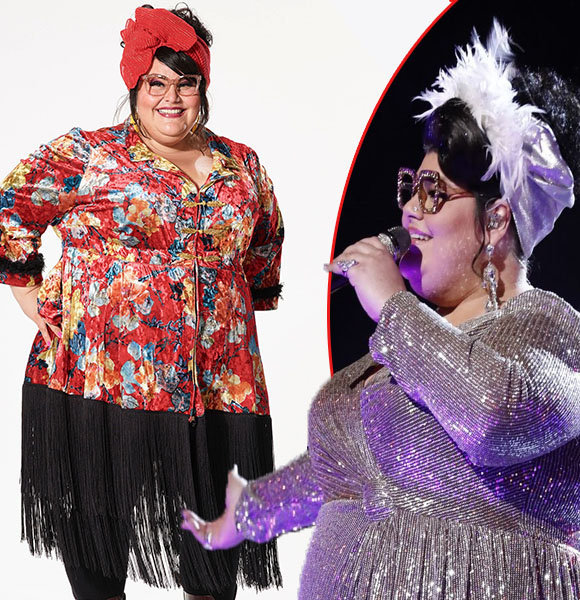 Katie Kadan is an American singer - who rose to fame after appearing in the 17th season of the famous reality TV show, The Voice. She started singing at a young age in a choir and soon began performing in open mics and different gags.

Finally, with all the hard work, she gained third place in the reality TV show, The Voice.

Katie Kadan was born on 4 March 1981 to parents: Cathy and Omar Kadan. The Chicago, Illinois native grew up alongside her sister Sarah Kadan - who is also a talented vocalist. Katie’s mother brought up her siblings in the church, where Katie’s musical talent was discovered. She was just at the age of three when her mother heard Katie harmonizing with the choir. Hence, she started singing and, eventually, was a part of the choir for a long time.

Look Up The Voice Season 17 Winner:- Meet Jake Hoot, Everything About The Voice 2019 Winner

Apart from the choir, the singer’s family highly supported her career in music as the whole family is interested in music; her sister is one of her biggest influences. Furthermore, Cathy also helped the powerful vocalist by singing alongside Katie during her early years.

Apart from this, not much is revealed about The Voice finalist’s early life or family background as she likes living a fairly private life. As such, it is not known if she is married or romantically linked to anyone.

Her Career Summary & Her Songs

Katie started her musical journey professionally when she joined the church choir All God’s Children Choir in Chicago when she was ten years old. She was not very confident in her early career years, which stopped her from going solo.

Finally, when she was thirty years old, she performed at an open mic - which brought her an enormous amount of positive response. With such positive compliments to her singing, her confidence boosted and led her to book local gigs. Eventually, she began performing throughout Chicago as a soulful blues singer. Katie Kadan alongside her mentor for The Voice John Legend in December 2019 (Photo: Katie Kadan's Instagram)

As her career became more successful, she finally released her self-titled album on 31 May 2019 via streaming platforms such as Spotify and Apple Music. The album features eleven tracks that showcase her powerful vocals and soulful blues genre. Some of her songs include Got You to Blame, Fire in Me, What Went Wrong, Let Go, Dancing on the Floor, Stuck on You, and more.

However, her fame skyrocketed when she appeared in the blind audition of the 17th season of The Voice with Aretha Franklin’s song, Baby I Love You. Since then, she trained under the mentorship of John Legend. At last, she won the hearts of millions of fans and reached the finals of the show and ended up as the second runner-up.