By LRU Writer | On: December 18, 2019
Well, The Voice season 17 came to a grand end on 17 December 2019.Crowning Jake Hoot as the winner of the fabulous reality singing show, the show came to its official end...Coming close to win the entire show was runner up Ricky Duran...A singer and perfomer who gave it his all on the...his musical gifts landed him at the second position, his voice is truly of an angel... 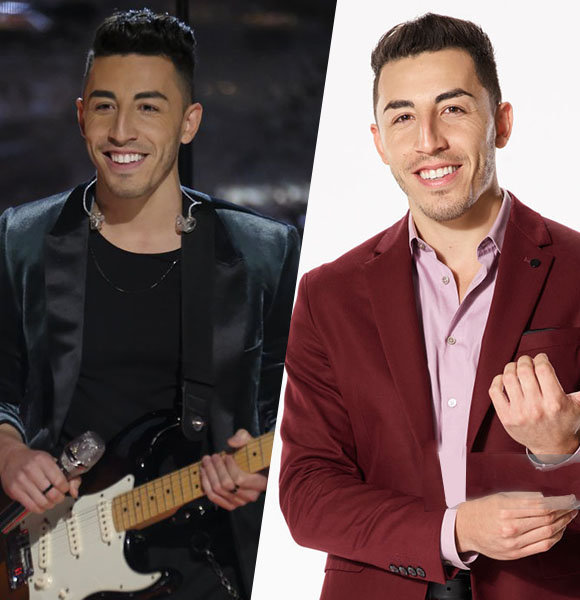 The Voice season 17 came to a grand end on 17 December 2019, with Jake Hoot crowned as the ultimate winner. Coming close to win, the entire show was runner up, Ricky Duran.

A singer and performer who gave it his all on the show, Ricky was a top tier contender for winning it. Though his musical gifts landed him in the second position, So what is his deal? Here are all the facts one needs to know about the runner up:

Ricky's Journey On The Voice

One of 84 chair auditionees, his beautiful recomposition of Leon Bridges during the blind auditions of The Voice, secured him a spot at the judges' team. He chose country singer Blake Shelton to be his mentor and critic throughout the show.

Beating many during the initial battle rounds, he made his way beating fellow singer Marina Chello. While Marina displayed such elegance with her performance of The Zutons’ Valerie, it was not enough to beat Ricky.

Also From The Voice :- Meet Jake Hoot, Everything About The Voice 2019 Winner

He went on to the knockouts and then into the live shows, eventually grabbing a spot at the top eight.

Out of the top eight, only four were selected to battle it out in the season finale. One of the four was none other than Ricky Duran.

Though he didn't walk away with the $100,000 grand prize and a record deal as the winner, he won the hearts of millions of viewers throughout the show.

The Voice Singer Is Already Taken

Yes, he is already taken. At present, he is dating his Alyssa Tosti. The two have been together since the end of 2017.

Alyssa is a native of Douglas, Massachusetts, and a soccer star from her high school years. Alyssa is one of the biggest supporters of Ricky's musical career; she cheered for her boyfriend the entire season of The Voice. Many might not be aware, but she moved to Austin to support Ricky in his music career.

Before the night of the audition, his girlfriend Alyssa suffered a stroke. His girlfriend even had to undergo surgery for treatment. He told the story on the show and difficulties due to such a major health scare.

Everything is fine now. Ricky even dedicated a song for his girlfriend's speedy recovery by dedicating a song at the top 13 rounds of the competition.

The singer-musician inherited his love for the art of music from his father. His father - who was also a musician - was the first man to put a guitar in his hands. Since the age of six, Ricky received the gift of learning guitar from his father.

From there, he took to play in high schools, even forming a band together. At the Berklee College of Music, where Ricky received his further education, his father even acted as the manager for his band.

Sadly though, Ricky's father took his own life shortly after his graduation. He eventually lost his mother to breast cancer as well.

For the aspiring and rising singer, music is a gift from his parents. A gift that he has dedicated his whole life to carry on his father's legacy and make his parents proud.

Who Else Are In Ricky's Family?

Ricky, who celebrates his birthday on 31st August, is the youngest child in the family- born in 1990. Though both of his parents have passed away, he has three older siblings to look up to. His three sisters are named Julia, Maria, and Natalie Duran.

All the siblings, though born in the USA, share Guatemalan nationality through their immigrant parents.