Kealia Ohai Married To J.J. Watt! All About The Wedding

By LRU Writer | On: February 16, 2020
American soccer player Kealia Ohai plays for the Chicago Red Stars of the National Women's Soccer League...Kealia got married to J.J. Watt, Houston Texans star, on...She has a height of 5 feet 5 inches (1.65m) and weighs...J.J was born on March 22, 1989, in Waukesha, Wisconsin. He plays as the defensive end... 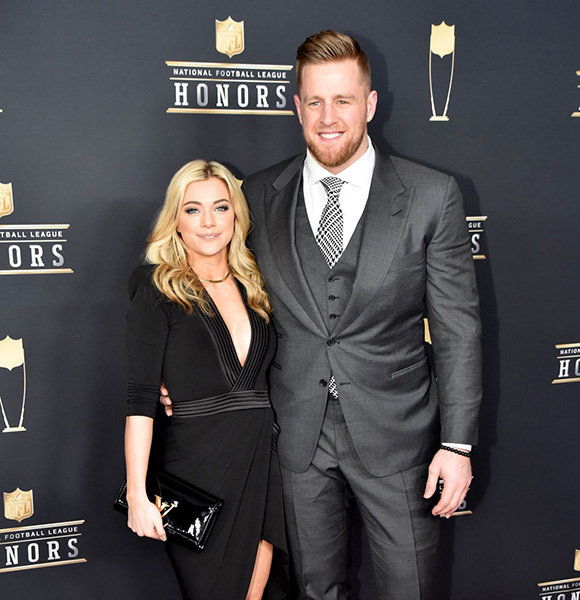 American soccer player Kealia Ohai plays for the Chicago Red Stars of the National Women's Soccer League. Prior to joining the Red Stars in 2020, she used to captain the Houston Dash.

Along with national leagues, she has represented her country in the international platforms. She was part of under-15, under-17, under-18, under-20, and under-23 teams. In 2016, Kealia made her senior team debut against Switzerland.

Kealia got married to J.J. Watt, Houston Texans star, on 15th February 2020. The pair tied the knot in a destination wedding in the Bahamas.

The ceremony was a star-studded affair with soccer stars like Amber Brooks and Crystal Dunn in attendance; Amber also served as the bridesmaid. On the big day, Kealia stunned in a mermaid style wedding dress complimented by a pair of diamond earrings.

How Did It All Start? Similarly, the rumors strengthen, when he wore a shirt sporting the No. 7- which was Kealia’s jersey number at Dash- during a press conference.

Finally, Kealia confirmed their relationship in 2017 via the 2 Up Front podcast. And two years after confirming their romance, the duo got engaged in May 2019.

He plays as the defensive end with Houston Texans.

Kealia’s parents are Ben and Cindy Ohai. She is one of two siblings; she has an older sister named Megan Ohai.

Kealia played soccer for the Tar Heels, an athletic team of the University of North Carolina, from 2010 to 2013. In 2012, she won the 2012 championship with the team and got named as the tournament's most outstanding offensive player.