Who Is Keenan Kampa Husband? Her Married Life Insight

By LRU Writer | On: December 25, 2019
Keenan Kampa is a famous dancer. She made headlines after becoming the unprecedented American ballerina...Keenan is married to David Sinatra. The couple’s love story...Keenan’s grand wedding was held in California. The couple had their... 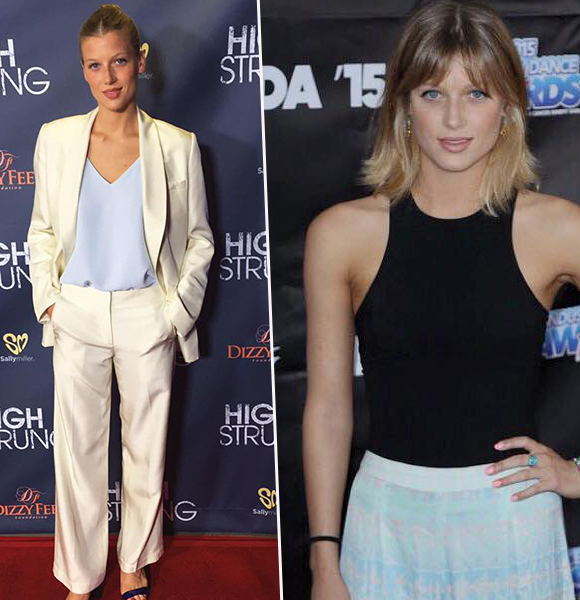 Keenan Kampa is a famous dancer. She made headlines after becoming the unprecedented American ballerina to join the Russian company, Mariinsky Ballet.

However, Keenan didn’t stay at the company for long; she left the company and went on to star in the movie, High Strung (2016).

Who Is Keenan Kampa’s Husband? Her Married Life Insight

Keenan is married to David Sinatra. The couple’s love story started after they first met in March 2016.

According to Keenan, it was Missy Modell (founder of YES MAM CREATIVE) who introduced the couple. And, the dancer and her boyfriend wasted no time to take their love story to the next level. Within five months of their first encounter, the couple got married on 15 July 2016. Keenan’s grand wedding was held in California. The couple had their ceremony at Mission Santa Barbara, followed by a reception at the Santa Barbara Historical Museum.

David is the CEO of Stussy - an American Streetwear company. As of 2015, the company was estimated to be valued at around $50 million. He inherited the profitable business from his father, Frank Sinatra, Jr.

Keenan showed her inclination to dance at the age of four. She would begin her formal dance training at Conservatory Ballet in Reston. Showing her dancing prowess, she then joined Boston Ballet's Summer Dance Program.

Further, she managed to win a gold medal at the USA National Youth Ballet competition (2006). The fete paved the way for Keenan’s admission to Vaganova Ballet Academy in St. Petersburg, Russia. The dancer accepted the offer and became the first US national to study there.

After three years, Keenan topped her class and earned a Russian diploma. She went on to work for Boston Ballet. Post two seasons at Boston Ballet, she moved to Mariinsky Theatre as the first American ballerina.

She would work there for a time before moving to the US in 2014 for hip surgery.