By LRU Writer | On: July 11, 2019
Misty Copeland is a famed Ballerina...Misty of age 36 is married to...her parents divorced when she was of age...tied the knot in an intimate wedding ceremony on... 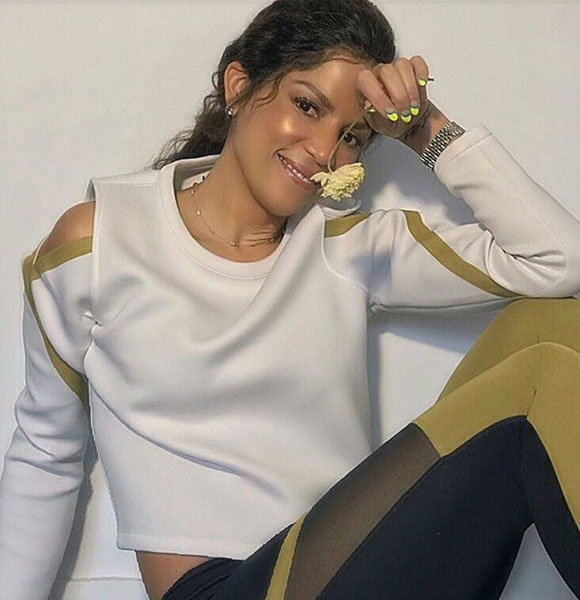 Misty Copeland is a famed Ballerina. In 2015, the dancer made history when she became the first Afro-American principal dancer in American Ballet Theatre in the organization’s 75 years history.

Before the historic feat, former President Obama had named the dancer as part of President’s Council on Fitness, Sports, and Nutrition in 2014. Along with being a bonafide dancer, Misty is also a NewYork Times bestselling author of the book, Life in Motion.

Her achievements don’t end there. In 2014, she got bestowed with University of Hartford’s honorary doctorate for her contribution in classical ballet.

Misty of age 36 is married to lawyer and entrepreneur, Olu Evans since 2016. The lovely couple tied the knot in an intimate wedding ceremony on 31st July at Montage Hotel in Laguna Beach, California.

Well, the bride stunned in Inbal Dror gown with Christian Louboutin shoes for the beautiful wedding.

Also, Misty and her husband had the former’s cousin, Taye Diggs, to thank for their beautiful union. After all, it was the actor, who had introduced the pair in 2006 at a New York City nightclub. Misty Copeland smiles with boyfriend, Olu Evans at NYC Premiere of Flesh and Bone at the NYU Skirball Center on 2 November 2015 (Photo: i2.wp.com)

The happy meeting led to a dating relationship of nearly a decade after which the dancer’s boyfriend, Olu, put a ring on her. However, the news didn’t get out instantly as Misty kept the engagement a secret and revealed it only in an interview with Essence in 2015.

Since sharing her personal life, her relationship has only flowered. However, the married pair, even now, have to schedule their meetings in advance due to their hectic careers.

Misty had humble beginnings despite there was abuse at her home. After her parents divorced, when she was of age two, the dancer’s mom had several boyfriends.

All the men in her mother’s life would treat Misty and her older siblings, Erica, Douglas, and Christopher improperly. They were subjected to racism and physical violence.

Amidst the bad situation at home, Misty excelled in her school. She was a hall monitor and treasurer.

But, Misty stunned everyone when she learned the techniques which required three years, in just three months.

She even lived with her dance teacher Bradley for three years as her family lived too far away from her dance studio. The arrangement later brought the fight into the family as Misty’s mother wanted her daughter to live with her, but the dancer wanted to focus on her career.

Well, the mom-daughter duo solved the problem as Misty emerged as the best ballet dancer in the world later on.