By LRU Writer | On: October 18, 2019
Kelli Goss is one charismatic actress...She was brought in as a temporary replacement for actress Spencer Locke in the TV show, Big Time Rush...But, the audiences... 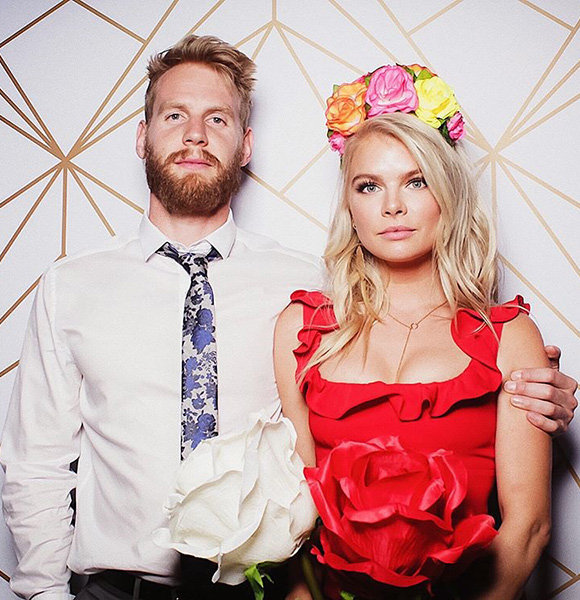 Kelli Goss is one charismatic actress.

She was brought in as a temporary replacement for actress Spencer Locke in the TV show, Big Time Rush. But, the audiences loved her so much that the showrunners decided to retain her as the character Jennifer 2 for the show’s later seasons.

As per her recent role now, Kelli is set to return as Heather Roth in the TV show, The Ranch's last season in 2020.

Kelli is happily taken. She has been dating attorney Justin Robert Wilmers since September 2014.

The pair have been each other’s strength throughout their long relationship. While the actress focused on her acting ambitions, her boyfriend put his hard work into becoming an attorney. Well, he joined the UCLA School of Law to pursue a Juris Doctor degree.

Finally, in May 2018, when he graduated with a law degree, Kelli was by his side cheering for him. The actress-attorney couple is the epitome of couple goals and continues to flaunt their love on social media. However, they are yet to get married. Given their long relationship and tight bond, wedding bells may be right around the corner for the lovely couple.

Although she is yet to get married in real life, fans caught a glimpse of her bridal look in her TV show, The Young and the Restless. She was engaged to be married to Noah, portrayed by Robert Adamson.

Unfortunately, (spoiler alert) her character died before she could tie the knot with Noah.

Thus, fans need to wait for her real wedding to watch her walk through the aisle and get her happily ever after.

Kelli comes from a loving family of five. Her father and mother, Nancy Jean, brought up three children, including the actress, her brother Patrick Goss, and sister Whitney Goss in California.

The 27-year-old actress often shares gushing posts about her family members on social media, which hints at her loving and encouraging family environment.

Well, they supported Kelli’s acting ambition and backed her every move. No wonder she has been able to survive in the harsh Hollywood industry. The actress’ celebrated roles include playing Courtney Sloane in the soap opera The Young and the Restless and Adina in the 2009 TV show, United States of Tara.

Further, she was part of the TV film, Sexting in Suburbia, TV shows; Hannah Montana and My Name is Earl.

Given her steady career in Hollywood, she earns an average salary of $50,529 per year. Although her net worth remains a secret, Kelli undoubtedly boasts a decent net worth.

Along with a blossoming career, she possesses an enviable body. Standing at the height of 5 feet 6 inches (1.67 m), her body measurements read 34-24-34 inches.

Further, she has blonde hair and blue eyes.