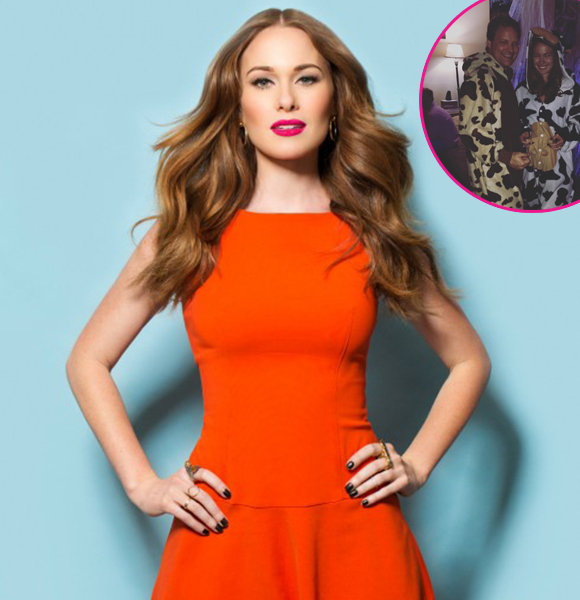 Best known for portrayal of Kristy Simmons in the hit franchise Criminal Minds, actress Kelly Frye, enjoys a blissful married life both on as well as off the screen.

For many of her fans, Kelly's body measurements and height symbolize body goals. And for others, her family life with her boyfriend turned husband represent a relationship goal!

While becoming parents maybe still in the cards for the Mentalist actress and her exec husband, but the pair seems jolly in each other's presence for the time being.

Despite the five years age difference between the two, Kelly found a soulmate on her husband, Edward Tinsley!

A graduate of Brooklyn Law School, Edward has worked as a summer associate first and then as an associate at Linklaters between 2008 and 2012. At present, the Houston, Texas native is the Head of Operations and Development at K-BOB's restaurants, having worked for Taos resources and Southwestern Growth Partners previously.

As for the married duo's dating history, they go as far back as November of 2015 as evidenced by Kelly's Instagram. Posing next to each other as cows on Holloween, she uploaded the snap with the caption:-

"Just herding around town! Have a moooooooooooorvelous Halloween!"

Fast forward to six months into the future and on 21 May 2016, the Criminal Minds actress and her boyfriend turned husband Edward tied the knot in a lavish wedding held at Grand Hotel Excelsior Vittoria, Sorrento, Italy.

On the occasion of their one month as a married couple, Kelly asserted that their wedding was still on her mind. "Post Sorrento, we're heading to the Maldives for our honeymoon! It is supposed to be honeymoon heaven & we can't wait to unwind & spend our first week together as husband & wife relaxing in paradise."

With Kelly and her husband adopting a dog as the newest addition to the family, the married duo could be looking at lives as parents in near future.

At age 33, Kelly still possesses the body measurements of the twenty-something years of her old self!

Standing at five foot and seven inches (171 cm) in height, the tallness seems to run in the Body of Proof actress' family. Born on 6 December 1981, Kelly grew up in Houston, Texas alongside her "little bro." Her brother is not the only recipient of the 33-year-old's affection on Instagram.

On 2018 Mother's Day, The Flash star peened a heartwarming post dedicated to the "favorite mom in the world." It read:-

"And Happy Mother’s Day to my favorite Mom in the world! The most loving, supportive, glamorous, magical, funny storyteller I know."

From a blissful married life to an equally blessed family life, Kelly seems to have it all at such a tender age!