By LRU Writer | On: November 11, 2018
New Baby Alert! At age 26, supermodel Kate Upton becomes a mom for the very first time! Kate and her husband, Justin Verlander welcomed their first baby together on 7th November 2018. 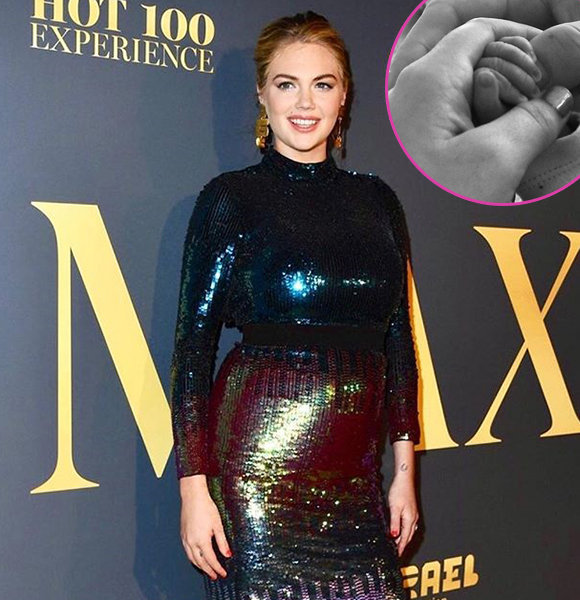 Kate and her husband, Justin Verlander welcomed their first baby together on 7th November 2018.

Three days after the birth of her baby daughter Genevieve Upton Verlander, the Michigan native took to Instagram to share the news with her six million followers. Kate's husband and Houston Astros' very own, Justin soon followed suit by uploading a snap of the three holding each other's hands on Instagram alongside a tender caption which read:

Back in July, the professional MLB ace, age 35 had announced Kate's pregnancy via Instagram. In addition to showcasing her baby bump, it also featured a tender message. Justin wrote:

"You’re going to be the most amazing Mom!! I can’t wait to start this new journey with you! You’re the most thoughtful, loving, caring, and strong woman I’ve ever met!"

Kate's husband ended the caption by professing pride in the fact that their baby was going to be raised by a woman like Kate.

The news of the birth of their baby Genevieve comes just six days after the married pair celebrated their first wedding anniversary. Again, both Kate and Justin took to their respective Instagram to commemorate the occassion.

In the said post, Justin shared a snap from their wedding day and wrote a fitting tribute to Kate by calling her best friend. In what appeared to be a reply to her husband's post, Kate labeled their one-year together as a married couple "the best year of my life!"

Interesting:- Abbie Burnett Married At Age 26, Details On The Wedding With Husband!

After dating for more than three years, the pair had tied the knot at the Rosewood Castiglion Del Bosco resort in early November 2017 in Tuscany, Italy. A few days earlier, Justin's team had won the World Series against fellow MLB outfit Los Angeles Dodgers.

On the day of the wedding, the Sports Illustrated Swimsuit model donned Valentino gown and Christy Rilling Studio wedding dress. Kate and her husband, Justin opted to spend their honeymoon in Puglia Italy.

Following their honeymoon, Justin told US Magazine that they didn't have “no immediate plans for the human expansion." He then suggested that parenting was "on the table" for them.

Nonetheless, congratulations to both Kate and her husband on their new baby!