By LRU Writer | On: July 17, 2019
Kevin Huerter is one such personality who possesses both...dream to play in the NBA finally came true in...helped lead the USA to gold at the 2016 FIBA Americas U18...was taken with the 19th overall pick in NBA draft by Atlanta Hawks... 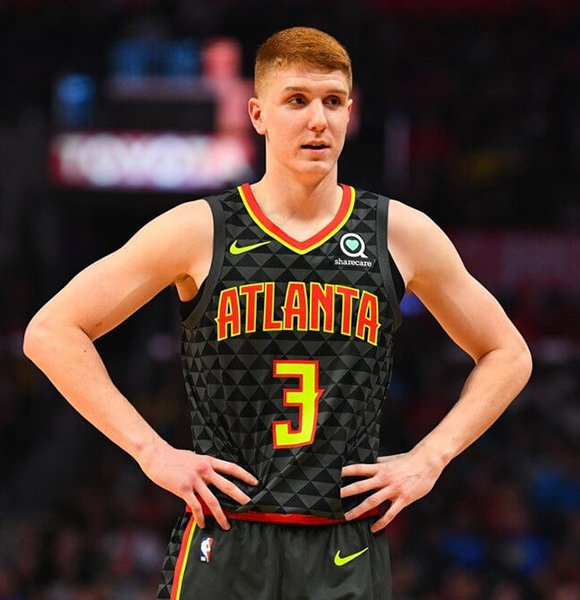 Kevin Huerter possesses both the talent and dedication when it comes to playing basketball. The Atlanta Hawks' shooting guard showcased his expertise in the center stage breaking records wherever he stepped his foot.

He started playing basketball from his high school days. Showing consistent performances and having a significant impact on games, his dream to play in the NBA finally came true in 2018 when Atlanta Hawks drafted him.

Kevin Huerter was born on 27 August 1998 in a family of six with three siblings named Thomas, Jillian, and Meghan.

The 20-year-old stands at the height of 6 feet 7 inches(2.04 meters) and a weight of 86kgs. His tall stature and sturdy build have helped him massively compete in big leagues.

A prodigy of Shenendehowa Central High School, it was during his high school days he set the state scoring record. After, outstanding performances, the Maryland college signed Kevin in 2015. He was also listed in the All-Rookie Team Honours.

In his slow rise to living his dream of playing in the NBA, Kevin helped lead the USA to gold at the 2016 FIBA Americas U18 Championship.

During his stay in Maryland, he had a terrific college stats which grabbed the attention of most of the teams in the NBA. Kevin possessed a 41.7 percent three-point shooting and 50.1 percent overall shooting stat which highlighted his offensive capabilities.

Finally, in 2018, Kevin was taken with the 19th overall pick in NBA draft by Atlanta Hawks. In his first season for the Hawks, he made a significant impact on the field with his performance.

The Hawks averaged a net rating of -2.6 points when Kevin was playing. However, when he was off the court, they failed miserably with a net score of -8.3, a massive impact for a rookie to create on the NBA floor.

As of now, the shooting guard has played a total of 75 games, starting 59 of them and scoring at an average of 9.7 points per game with a three-point per game percentage of 38.5.

Talking about his salary and income from playing in the NBA, Kevin Huerter signed a four-year contract with the Atlanta Hawks in 2018.

The young shooting guard accumulates a salary of $2,636,280 per year making him the 9th highest-paid player for Atlanta Hawks this year. Other then his contract earnings, Kevin also collects a pretty income from brand endorsements and sales from his jersey.