By LRU Writer | On: January 14, 2020
Kevin Pollak is a comedian, actor, and impressionist...credited in over 130 movies and TV productions...dating Jaime Fox...writer and producer...write for Kevin Pollak’s Chat Show...married to Lucy Webb...filed for divorce...does not have any child with his ex-wife...born to Elaine and Robert Pollak on 30 October...stands at a height of...has a net worth of... 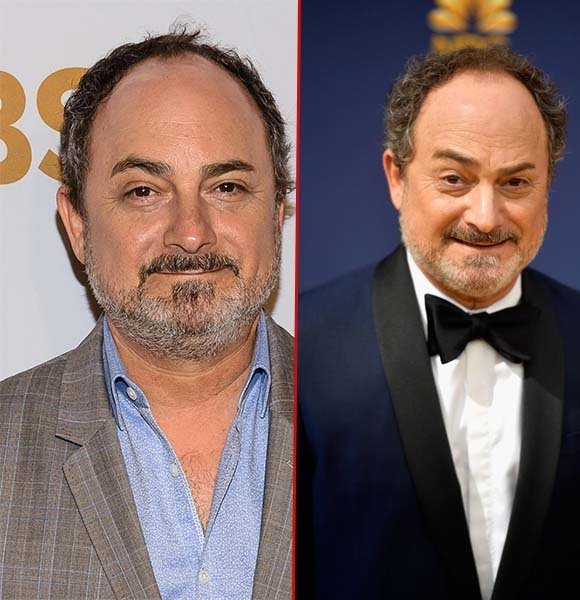 Kevin Pollak is a comedian, actor, and impressionist, famous for his celebrity impressions of Robert De Niro, William Shatner, and Jack Nicholson.

He has been doing stand up comedy since he was ten and has his name credited in over 130 movies and TV productions. In 2019 alone, he appeared in four films and the critically acclaimed TV show, The Marvelous Mrs. Maisel (2017).

The Wedding Planner actor has been dating Jaime Fox since 2009. The two often post about each other and Kevin often takes to his Instagram and Twitter to express his love for her. They also attended the 2018 Emmys together.

Who Is Jamie Fox?

Jaime Fox is a writer and producer. Her Twitter bio introduces her as a Disney theme park and Simpsons enthusiast. Keeping that in mind, Kevin and Jaime visited New Orleans Square and Star Wars: Galaxy’s Edge inside the Disneyland in California in May of 2019. Kevin Pollack with girlfriend Jaime Fox in Disneyland in May of 2019 (Photo: Kevin Pollack's Instagram)

The comedian’s girlfriend used to write for Kevin Pollak’s Chat Show (2009-2015), where she was the head writer for a total of 212 episodes. She produced the abovementioned chat show and Back Alley Racket Club Presents: Teachers Lounge (2018).

Besides producing and writing, she has also been cast in Vamped Out, I Feel Like I Lost My Best Friend, and Back Alley Racket Club Presents: Teachers Lounge.

Kevin was previously married to Lucy Webb, an actress and writer.

The two first started going out in 1985 after meeting each other through a mutual friend named Paul Reiser. They fell in love with each other at comedian Jay Leno's house over Thanksgiving dinner.

The two finally tied the knot in December of 1995 after ten years of dating. Unfortunately, a rift formed between them, and they started living separately from 2005. Three years later, in 2008, Kevin filed for divorce, citing “irreconcilable differences" as the reason. The split was finalized on 18th March 2010.

Kevin Elliot Pollak was born to Elaine and Robert Pollak on 30th October 1957 in San Francisco. Both of his paternal grandparents were Russian or of Russian descent. Both of his parents are Jewish and his ethnicity is that of Ashkenazi Jewish.