By LRU Writer | On: March 01, 2019
Comedian-actor Paul Reiser has been a family man since long, and he is proud to be a father and a husband who boasts his private life for the world to see...Decades after portraying a newly married man in the NBC show, Mad About You, Paul came forth in a new avatar, this time as a family man with wife and children... 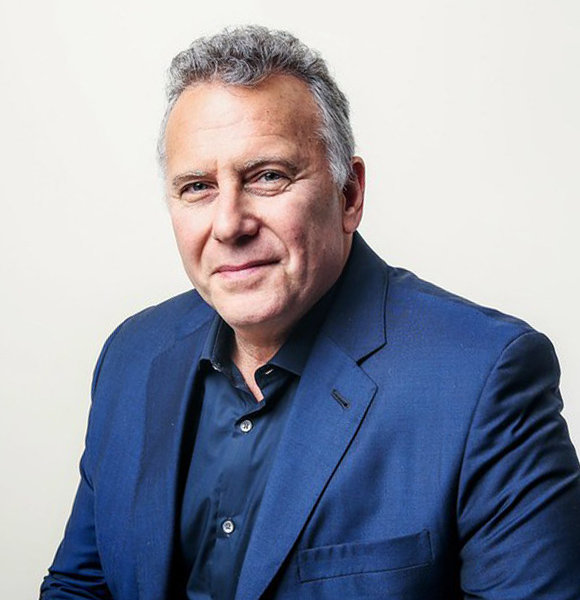 Comedian-actor Paul Reiser has been a family man since long. And, he is proud to be a father and a husband, who boasts his private life for the world to see.

Decades after portraying a newly married man in the NBC show, Mad About You, Paul came forth in a new avatar, this time as a family man with wife and children. The TV series, The Paul Reiser Show, was loosely based on his own life and featured a series of events undergone by his family members.

However, not all of the little details about Paul's wife and children were revealed in the show. So, if you want to take a detour around his offscreen family, continue!

Paul Reiser has been a longtime married man with his wife as his greatest strength and his guiding star.

Wife Exposed:- Joel McKinnon Miller Wife, Who Is He Married To? Family, Net Worth, Height

Paul, who previously dated author, Carol Leifer before eventually settling down with actress Paula Ravets, tied the wedding knot with his blushing wife on 21 August 1988.

The couple has remained together ever since and can often be seen attending social functions & other events together. Paul and his wife have two children, who are worth more to the couple than any other possessions. Their first son Ezra Samuel Reiser - born in 1995 - currently ages 24 and is already pursuing a career of his choice; whereas, the couple's second son, Leon Reiser (born 2000) is still in his teens.

Paul - who played himself in the NBC series The Paul Reiser Show - had many of its characters based on his family and even featured many of the scenes without alteration. Sadly, the program got canceled after two episodes due to low ratings and fans did not succeed to get a full glimpse of Paul's personal life.

Paul Reisen, age 62, has been involved in the entertainment industry for more than three decades. A Jew by religion, Paul started his career as a stand-up comedian before shifting to the acting world with 1982 movie, Diner.

The years that followed were successful for the actor as he got parts in several movies including Beverly Hills Cop, Cross My Heart, Crazy People, and more. He finally got his breakthrough from TV starring as Paul Buchman alongside Helen Hunt in the long-running show, Mad About You.

Most recently, Paul appeared as Dr. Owens in the second season of Stranger Things and is set to star in the third one too.

Despite finding success as an actor, Paul hasn't abandoned his stand-up career and often goes on tours. His comic tour for 2019 will begin from La Mirada, California on 16 March and will end at Norfolk, Nebraska on 15 June during which he will perform seven shows.

Further, he is also an accomplished writer and has published three books to date namely Couplehood, Babyhood, and Familyhood. Achieving success in every field he's ever involved, Paul currently enjoys a substantial net worth of $40 million.