By LRU Writer | On: March 03, 2021
Kevin Wendt is a Bachelor franchise’s veteran...He started his ABC show journey at...The reality star courted Jasmine Lorimer on camera on The Bachelorette Canada and got engaged to...The pair eventually emerged as the winners of the show but didn’t get engaged at the moment...fans and well-wishers of the pair received a huge surprise from 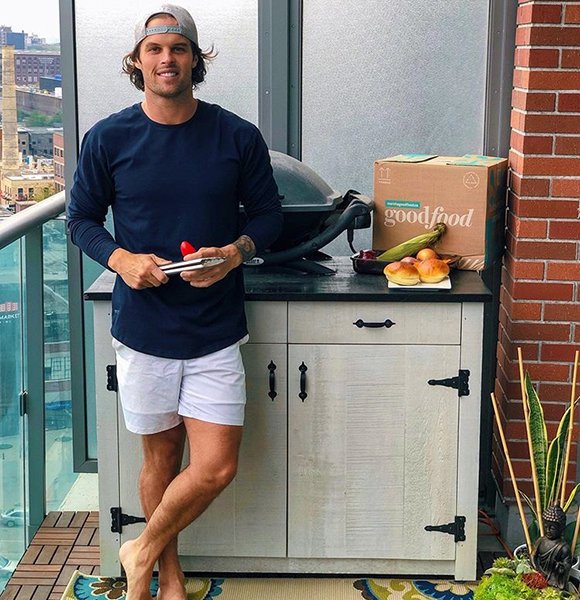 Kevin Wendt is a Bachelor franchise’s veteran. He started his ABC show journey at The Bachelorette Canada in 2016 and went on to win the first season.

Continuing the winning streak, Kevin managed to emerge victorious at The Bachelor Winter Games. The lad went on to participate in season five of Bachelor in Paradise but got eliminated in the sixth week.

Outside of the reality show, he works as a firefighter in Canada. Previously, Kevin served in the Navy.

The reality star courted Jasmine Lorimer on camera on The Bachelorette Canada and got engaged to the lady on the show.

Things seemed jolly for the couple as the final step for Kevin, and his fiance’ was to get married. However, their romance was short-lived as the pair parted ways just five months after the end of the show in 2017.

Post the end of his engagement, Kevin didn’t give up on love. He chose to participate in reality TV to find love once again. Thus, he participated in The Bachelor Winter Games and managed to form a romantic relationship with Ashley Iaconetti.

The pair eventually emerged as the winners of the show but didn’t get engaged as per the program’s norm. Instead, Kevin and his girlfriend chose to figure their relationship in the real world, without the cameras following them around.

Sadly, their dating relationship didn’t work out, and the pair parted ways shortly after The Bachelor Winter Games’ After Show.

Further, the firefighter participated in Bachelor in Paradise to find love. In the show, he did find connection with Astrid Loch, but the pair broke up during the program’s running. It seemed that the third Bachelor stint didn’t work for Kevin as he didn’t find love nor win the show.

But, Kevin - height 6 feet and 1 inch (1.85 m) - shocked the world when he got back together with Astrid post-show. Both the Bachelor alum started dating in the real world and liked each other’s company. Interestingly, Kevin and his girlfriend live in together at the former's native land, Canada. The pair celebrated their first love anniversary on 10th July 2019.

On 3rd September 2019, fans and well-wishers of the pair received a massive surprise from Kevin. Posting some beautiful pictures on his Instagram handle, he revealed his and Astrid's engagement to the whole world.

However, the engagement took place on 28th August 2019. Bending down on one knee, Kevin proposed to his girlfriend while Ally + Nicholas Photography captured the photos of the happy moment.
Astrid also shared some similar photographs of the event. For the engaged beauty, it was as if the entire world had itself stopped at the moment. Initially, his girlfriend turned fiancee' thought that her boyfriend was being romantic when they went out for a sunset picnic. But when Kevin popped the question with a beautiful engagement ring hidden in the pocket of his pants, it was a moment of pure bliss for the Bachelor duo.

Kevin presented her with a cushion-cut diamond ring from Wendt's Jewellery. The ring holds a sentimental value for the firefighter. Throughout the past 135 years, his family has used the jewelry from the store for their proposals.

Kevin was born on 1 February 1984 in Canada. The reality star of age 35 got interested in serving his country and got into the Navy. Kevin's parents were very supportive of his career path.

After serving his time, Kevin chose to serve the people via enrolling as a firefighter in his native country.

Now, the firefighter/ reality star brings in a paycheck from both the profession. He earns an average of $49,741 per year as a firefighter.

In reality show font, he wasn't paid a salary for participating in the shows, but the recognition post-Bachelor has helped to increase his net worth. The reality star brings in money via paid Instagram posts and public appearances in events.