By LRU Writer | On: June 27, 2021
Kid Cudi dating history includes the likes of...Portrayed a gay character in the film...Girlfriend accused him of having...Shares a daughter with...Former wife prospect filed a...Born with the real name...Hails from the family of... 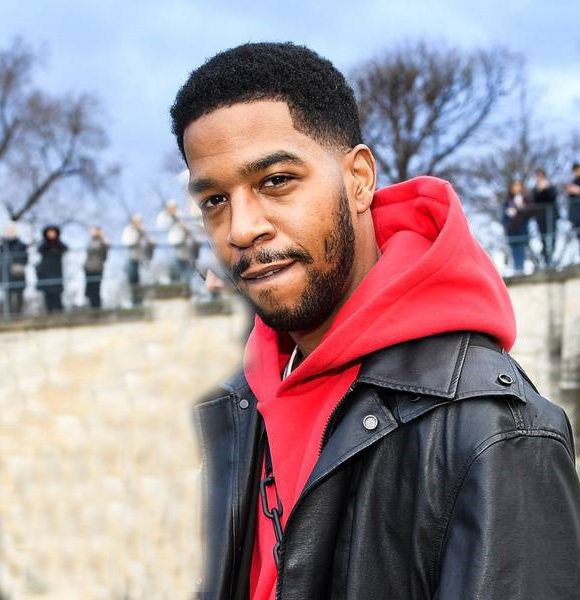 Often considered Hip-Hop's first-ever "emo" rapper, Kid Cudi shot to international fame with his 2009 album, Man On The Moon: The End of the Day. He is the brainchild behind the genre's most prominent projects, such as Man on the Moon II: The Legend of Mr. Rager and 808 & Heartbreak.

As it does with any rap pioneer, Cudi's musical output overshadows his personal experiences. However, due to his somber music and quirky outfits choice, outsiders are quick to label Cudi a gay man.

Questions surrounding The Pursuit of Happiness rapper's sexuality only intensified when he portrayed a gay role in the 2015 flick, James White. In the movie, his character shares a kiss with the male lead. Producers later left out the scene from the film's final print. Discussing the role, Cudi asserted being secure about his sexuality. He justified his performance by labeling himself as an artist.

In his recent performance at Saturday Night Live, where he sang Sad People, he chose to don a gorgeous floral dress that might have raised a few brows regarding his sexuality. However, there's no confirmation about his sexuality. Given his past relationship choices, he's definitely not gay.

Besides being a confident man, Cudi is also a loving father to his only daughter, Vada Mescudi. Born in March 2010, Vada is the rapper's number one priority. Amid custody drama, the former GOOD Music artist moved to Chicago to be near her.

Vada's biological mother and Cudi's one-time girlfriend is Jacqueline Munyasya. In 2016, a judge granted Jacqueline restraining order against Cudi after the musician sent her 168 texts in four days.

After years of wars of words, Cudi eventually reconciled with the mother of his daughter.

Besides his tumultuous history with Jacqueline, Cudi enjoys a long list of industry girlfriends. Beginning in 2010, he began dating Amanda Bynes. Things seemed severe between the two as they hunted houses together. To everyone's dismay, the duo eventually parted ways.

More On Amanda:- She's not Getting Married! Amanda Bynes Declines Rumors about her Pregnancy and Marriage on Twitter

Post-split, Amanda labeled Cudi ugly while claiming that the rapper had herpes via a series of tweets in 2013. She later apologized for the remarks and blamed the hackers behind the derogatory comments.

While still with Amanda, the Erase Me rapper was in an on-and-off relationship with entertainment lawyer Jamie Baratta. After three years of tumultuous romance, they broke things off in 2012. After Mariel, Cudi was linked with actress Stella Maeve. The rapper and his ex-girlfriend Stella made several high-profile red carpet appearances before calling it quits.

Following the breakup, the Need For Speed actor built romantic ties with actress Michelle Trachtenberg. The duo's affair entered the public frame in 2014 after the paparazzi spotted the pair kissing. Kid Cudi shared a lovely photograph with his girlfriend on his Instagram account, where he didn't fail to shower appreciation for her on September 16, 2020.

Cudi was born on January 30, 1984. The Solo Dolo hitmaker was born with the real name Scott Ramon Seguro Mescudi.

Coming from a family of five, Cudi grew up alongside his three older siblings: brothers Domingo & Dean and sister Maisha. When the rapper was 11, his father dies because of cancer.

Kid Cudi began rapping during the end of his high school year after being inspired by hip-hop groups like  A Tribe Called Quest and The Pharcyde.

Further, one of his biggest dreams came to be true after he appeared on America's one of the popular shows Saturday Night Live. He was featured as the Musical Guest on April 11, 2021. As of 2021, Cudi is working on his next album "Entergalactic" which will drop by 2022. Kid Cudi announced the news via Twitter on January 28, 2021.