By LRU Writer | On: August 27, 2019
Kim Delaney is a seasoned TV actress with roles in CSI: Miami and NYPD Blue. Although she portrayed the same... The young couple fell in love and got married in 1984...It so happened that the actress insisted on driving her then-teenage son to ride on her car while under the influence... 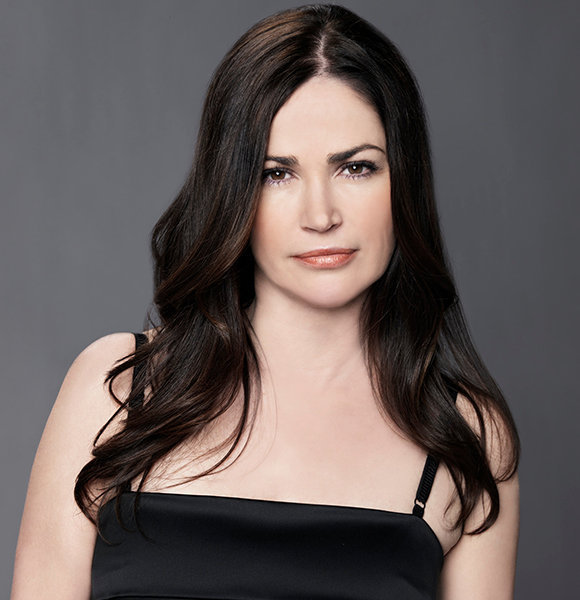 Kim Delaney is a seasoned TV actress with roles in CSI: Miami and NYPD Blue. Although she portrayed the same part of Detective Diane Russell in both the hit shows, it was the latter which earned her an Emmy Award. She was bestowed with the honor in the category of Outstanding Supporting Actress in a Drama Series in 1997.

Interestingly, the veteran actress was set to return to the TV screen with an NYPD Blue reboot. Sadly, the show got canceled after its pilot in 2019.

The actress has seen a lot of ups and downs in her personal life. It all started when she began dating fellow actor, Charles Grant. The young couple fell in love and got married in 1984.

However, Kim and her husband’s marriage didn’t last, and the couple got divorced just four years after their marriage in 1988.

After the demise of her first marriage, the Emmy-winner didn’t give up on love. She started dating Joe Cortese - an actor known for American History X. Just a year onto the marrige, the pair welcomed a son named Jack Cortese in 1990.

Sadly, Kim’s second marriage also ran its course after five years in 1994. Post the divorce; the actress got the custody of her son. But, the parenting situation didn’t last as Kim got embroiled in a drunk-driving incident in 2005. It so happened that the actress insisted on driving her then-teenage son in her car while under the influence.

After the harrowing episode, Kim’s son testified in court, which led to her to lose his custody.

Previously, the veteran actress was arrested in a drunk-drive case in 2002. She was slapped with a $300 fine and two years of probation.

However, all seems to be well between the mother-son duo now. The actress often features her son in her Instagram posts. As per her dating life, Kim got engaged to Hitchcock producer Alan Barnette in 1997. But, the engagement ended without marriage in 2006. After two failed weddings and a broken engagement, Kim has kept her dating life a secret today.

Kim was born to parents Joan Delaney and Jack Delaney on 29 November 1961. The 57-year-old grew up with siblings Ed Delaney, John Delaney, Keith, and Patrick Delaney.

In recent years, the actress saw the deaths of her immediate family members. Her father died in 2013, and Kim’s mother breathed her last in 2019. Also, the Philadelphia native’s elder brother, John is no more.

Kim started her journey in the showbiz early. The star of height 5 feet 7 inches (1.7 m) was signed to the Elite modeling agency and used to work with them as a highschooler. After graduating from high school, she moved to New York and started studying acting at the William Esper Studio.

Soon, she bagged the soap opera, All My Children in 1981. The debut performance fetched her a Daytime Emmy nomination. Since, starting her career with a bang, Kim has earned a net worth of $4 million to date.