By LRU Writer | On: January 06, 2020
Kim Richards is an actress who started as a child artist...she was married to...divorced her first husband in...the actress has kids named...her boyfriend is...and they began dating in...carries a net worth of...her family includes...she was arrested for...at the age of...wanted all of her three daughters to marry rich men... 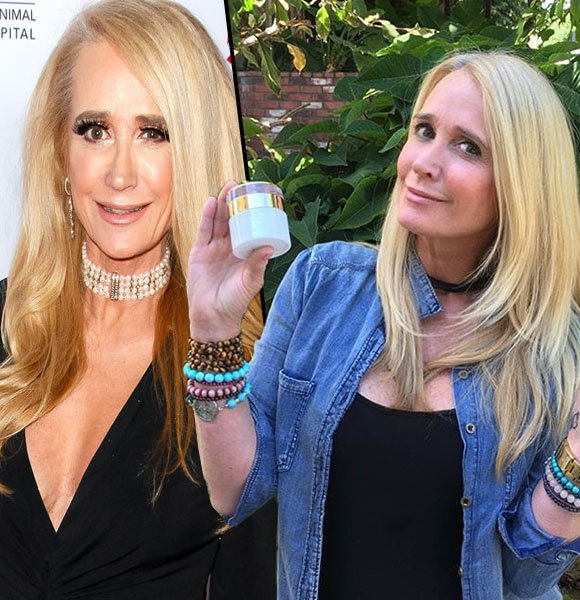 Kim Richards is a Hollywood actress who started as a child artist and made her first television commercial debut at four months of age in a diaper ad.

She later featured in The Real Housewives of Beverly Hills (2010) and gained widespread popularity through it.

Moreover, the actress also got the nickname, 'Disney Girl,' after appearing in many films with the studio.

During their three-year-long marriage, the couple was blessed with a baby girl named Brooke Wiederhorn. After their divorce, the ex-couple stayed as close friends. Unfortunately, Monty died on 24th January 2016 due to cancer, and Kim felt devasted by the news.

After the divorce with her first husband, the actress tied the knot with Gregg Davis in 1988, and together, they had two kids: a daughter, Whitney Davis, and a son, Chad Davis. However, Kim and Gregg decided to split in 1991 and divorced each other.

Moreover, Kim was also once engaged to commodities salesman John J. Collet who was murdered outside Brent's Deli in Northridge on 28th October 1991.

Following that, the actress got in a long-term relationship with aircraft-parts supplier John Jackson and the pair had a daughter named Kimberly Jackson- born in 1995. But they too broke up and went their separate ways.

In August 2018, Kim revealed that she had been dating a businessman Wynn Katz for six years. Furthermore, the actress confessed on Marriage Boot Camp: Reality Stars in September 2018 that she and her boyfriend Wynn have never had sex. The two have not gotten intimate yet, and Kim doubts if that will ever happen.

Born in 1964, Kim is a native of Long Island, New York, who celebrates her birthday on 19th September of every year.

She was born to Kenneth Edwin Richards, a business executive, and Kathleen Mary Dugan. It was her father's second marriage as he was previously married to another woman and had three children already.

Kim's mother, Kathleen, was a heavy drinker and had multiple relationships at a time. Kim recalls her mother as being a gold digger who would hang out in bars and pick up any man who was loaded with enough money to pay her tab.

The actress' mother was also previously married to another man and had a daughter named Kathy Hilton, Kim's half-sister, who is the mother of Paris Hilton. Kim is her second child.

Further, Kathleen always valued money over everything else and wanted all of her three daughters to marry rich men.

Talking about her siblings, Kim has two sisters: Kathy Hilton and Kyle Richards.