By LRU Writer | On: January 05, 2020
Kristin Scott Thomas is an actress who is mostly known for her roles in...She was initially married to...but divorced her husband in...the actress began dating her boyfriend in...she played the role of a lesbian in...and often likes to experiment with her short hair...the actress stands at the height of 5 feet 6 inches...at the age of... 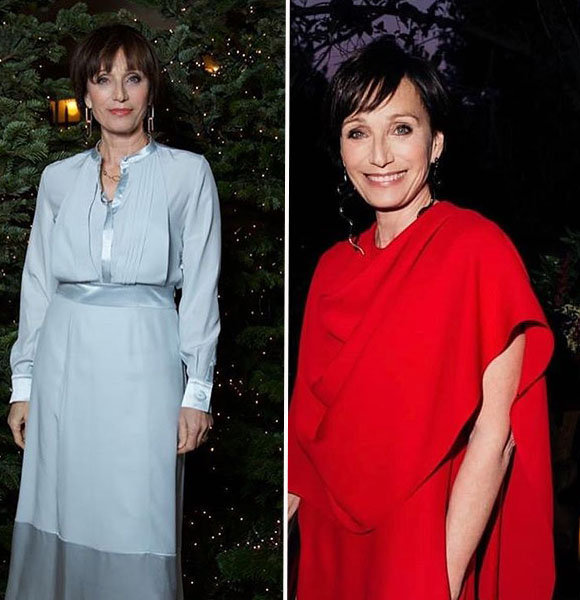 Kristin Scott Thomas is an English and French actress who has dedicated her decades-long acting career, delivering some major hits in Hollywood.

The actress is popularly known for her spectacular roles in Four Weddings and a Funeral (1994), The English Patient (1996), Gosford Park (2001), and Darkest Hour (2017), with all of these movies being nominated at Oscar for the Best Picture Award.

Moreover, in 2003, the actress was also honored with an OBE award for her role in the Queen's Birthday Honours list.

The actress was previously married to Francois Olivennes, an obstetrician and gynecologist. Kristin first met Francois when she was at drama school and started dating him.

However, Kristin and Francois couldn't keep up and decided to split in 2005.

Moreover, the reason for their divorce was rumored to be Kristin's infidelity towards her husband. The actress was involved in a short-lived affair with actor Tobias Menzies who was 14 years younger than her, which led to the fallout of Kristin's marriage.

You May Also Like:- A Short Glance On Tobias Menzies' Personal Life; Once Had A Girlfriend But What About Now?

Nonetheless, Kristin began to live with her three children in France after the split with her husband of 18 years.

Moving on from her divorce with Francois, the actress began dating her financier boyfriend, Arpad Busson, in 2014.

Since then, there has been no news regarding Kristin's personal life.

Kristin celebrates her birthday on 24th May of every year. She was born in 1960 in Redruth, Cornwall, England to Deborah (Hurlbatt) and Simon Scott Thomas.

Her father- who worked as a pilot for the British Royal Navy- met with an unfortunate flying accident and passed away in 1964.

This Might Interest You:- Who Is Katie Leung Dating Now? Her Relationship With Boyfriend

Kristin is the eldest child of her family; her sister, Serena Scott Thomas, is a famous actress as well.