Who Is Katie Leung Dating Now? Spilling Tea on Her Love Life 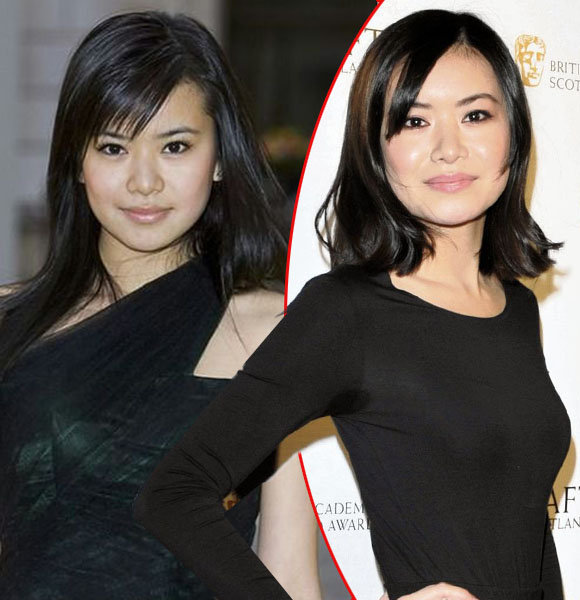 Katie Leung is a Scottish actress best known for portraying Cho Chang in the Harry Potter films. With the uprising popularity the film series gave her, her fans have grown curious to learn more about her love life and personal details.

So, does she have a girlfriend? Let's dig in to find out.

Katie Leung was born on 8 August 1987 in Motherwell, Scotland, to parents Peter Leung and Kar Wai Li Leung. Her father owns a Chinese food wholesale business, while her mother is a successful financier in Hong Kong.

She has three siblings, two brothers and a sister: Jonathan Leung, Darren Leung, and Nichole Leung.

The Harry Potter actress attended Hamilton College, a prestigious private school in Hamilton, Scotland. In addition, she trained in the Royal Conservatoire of Scotland to hone her acting skills for three years.

Another Harry Potter Actress:- What's Clemence Poesy Married Status Now? Does She Have A Husband?

Besides movies, she has played in many theatrical plays. Some of the most notable ones are Wild Swans, The World of Extreme Happiness, You For Me For You, and The Intelligent Homosexual’s Guide to Capitalism and Socialism with a key to the Scripture.

Is Katie Lesbian? Has a Boyfriend?

No, Katie is not lesbian, but she did play Lau Chen, a character in ITV’s Stranger (2018), who could be romantically involved with someone of the same sex.

She shares the screen with Kate Alexander for the same-sex romance. As per her real love life, she is dating her long-time boyfriend, Eric Caira. The two, who first bonded over their love for Call Of Duty games, greatly enjoy hanging out in their apartment, playing games, and watching Netflix and Amazon Prime.

In an interview with Daily Mail in 2013, Katie said that her personality was completely different from that of Eric. However, she added that it was probably the reason why their relationship worked.

The couple also seems to be very supportive of each other. She revealed that he had been there for her when she needed it, especially when she had confidence issues.

Katie Leung was born on 8 Augusr 1987. Katie Liu Leung is a Scottish actress best known for her role as Cho Chang, Harry Potter's first love interest in the Harry Potter film series. She can speak English and Cantonese fluently and a little bit of Mandarin. She is 5 feet 4 ½ inches (1.64 m).

She is Daniel Radcliffe’s first on-screen kiss partner. She dated Hong Kong singer Leo Ku in 2008. She has a net worth of $5 million.

Leung spoke up about the racial harassment she experienced from fans while filming Harry Potter in March 2021. Leung started her publicists ordered her to deny what was happening if asked on an episode of the Chinese Chippy Girl podcast.

Leung's article "Getting into Character" was included in the collection East Side Voices: Essays Celebrating East and Southeast Asian Identity in Britain in January 2022. In her essay, Leung writes about how her ethnicity influenced her childhood and acting career.

Stay tuned to get more updates on Katie Leung.