By LRU Writer | On: April 03, 2019
As the Westerners flock to Oriental practices for the enrichment of life amid growing concerns posed by the advent of social media, Yoga - Kundalini Yoga, to be precise - sees a surge in popularity... Revered for its simplicity, this specific form of Yoga indeed has come a long way from its humble origins... 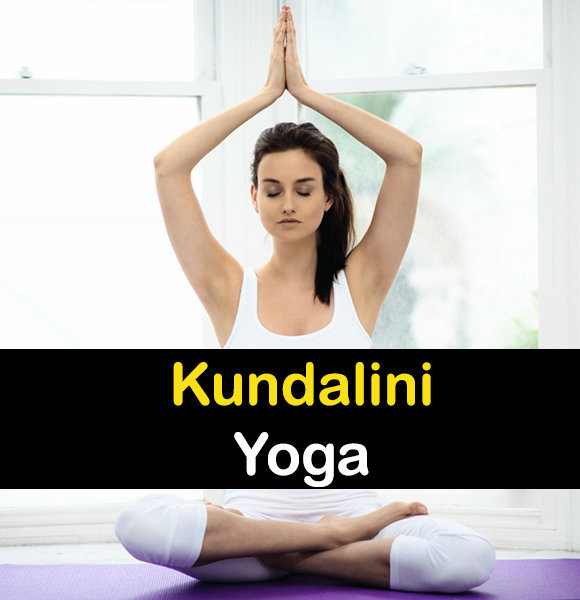 As the Westerners flock to Oriental practices for the enrichment of life amid growing concerns posed by the advent of social media, Yoga - Kundalini Yoga, to be precise - sees a surge in popularity.

Revered for its simplicity, this specific form of Yoga indeed has come a long way from its humble origins.

Everyone - from soccer moms to musicians to Hollywood A-Listers to heads of corporate giants - is now becoming hip to Kundalini Yoga. Now, way past it "the fad stage," the ancient Hindu exercise/spiritual practice is here to stay for years to come.

Suggested Lifestyle:- What Is OMAD Diet? Benefits & Results Of Following It

To people thinking about getting into Kundalini Yoga, here is a brief beginner's guide which includes its definition, poses, and benefits.

Definition Of Kundalini Yoga & Its Poses

"Kundalini" is a Sanskrit term meant to describe the awakening of consciousness and energy that resides at the end of the spine since birth.

Per Yoga sciences, the said energy gets triggered during the formation of a baby in the womb but, then coils 3 ½ times at the end of the spine to hold it in until one's death. To achieve the recoiling, the practitioners have to follow a set of physical maneuvers. Technically speaking, there are no hard and fast rules for Kundalini Yoga poses. The poses - like its definition - varies from teacher to teacher.

When Kundalini unravels from the end of the spine due to the practices as mentioned earlier, it has the potential to transform into a life-altering experience.

Life Transforming Hack:- Best Beauty Treatments For Your Skin In 2017

Of all the profound benefits, it uplifts your nervous system so that one can maintain his/her cool even at the most distressful situation.

If done right, Kundalini Yoga also awakens willpower by strengthening the core of solar plexus at the navel point. And at the same breath, it clears all the fogginess of the mind, which in turn, increases brain power.

The breathing technique prevalent among Kundalini practitioners helps balance the left and right hemispheres of the brain. As a result, it enhances one's creativity.

Because the Kundalini Yoga opens up the heart center, it helps him/her get attuned with the surroundings and make him/her all-embracing. People also learn to become a compassionate communicator because pose like Shoulder Stand opens up the throat center.

With its metabolism boosting meditations and aerobic kriyas, getting in shape doesn't seem like a far-fetched dream.

As beneficial as Kundalini Yoga is, it is not without its cons. The so-called recoiling has the potential to trigger months and years of repressed sensations. Because of the significant changes in the physical, emotional, sensate and psychic capacities - one goes through while practicing it - there arises a sense of identity crisis.