By LRU Writer | On: August 01, 2019
Known for breaking old records and setting new ones...with her performance, Kyla Ross is a US gold and silver...Born on the 24th of October 1996, Kyla Briana Ross hails from...As for her education, the athlete went to school at... 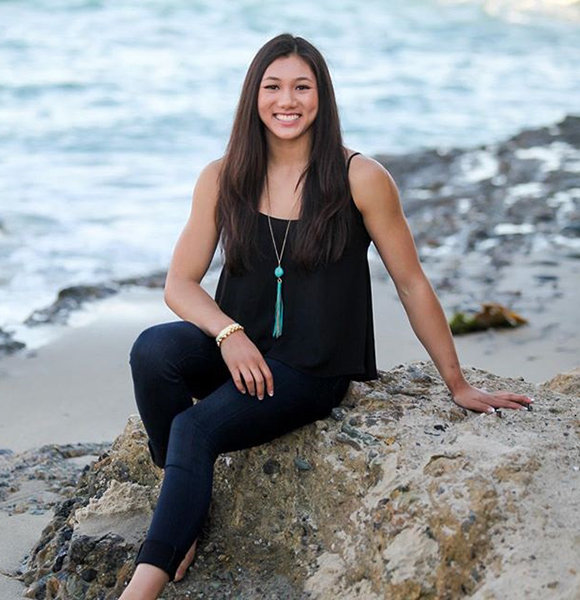 Known for breaking old records and setting new ones with her performance, Kyla Ross is a gold and silver medalist American gymnast.

Besides the gold in the 2012 Olympics, the talented gymnast has managed to be named All-American 19-times. Also, she shined in 2019 with a recording breaking 14 perfect 10s in NCAA.

Born on the 24th of October 1996, Kyla Briana Ross hails from Honolulu, a city in Hawaii. She is the oldest of three children to her parents Jason and Kiana Ross. The athlete has a younger brother and sister named Kayne and Mckenna Ross respectively.

Regarding her family background, Kyla is of mixed ancestry as her father is Japenese and African-American descendant, while her mother is of Puerto Rican and Filipino ancestry.

For her education, the athlete went to school at Aliso Niguel High School and graduated in 2015. Then, the gymnast joined the University of California, Los Angeles in the fall of 2016 for her college-level studies.

Being a professional gymnastics, Kyla boasts a fit body. The 22-year-old stands at a height of 5 feet 4 inches (1.63 m) and follows a well-maintained diet to keep her weight of 50 kg fit. As for the exact measurements on her figure, Kyla posses 34-24-35 inches.

Dating, Who Is Boyfriend?

Kyla is in a relationship with UCLA footballer, Justin Rittman. A native of Stanford, California, Justin plays for the university as a running back.

While most of the details of the couple's relationship remain private, it is known that Kyla and Justin began dating on the 10th of June 2017. Kyla Ross with her boyfriend, Justin Rittman on the 4th of July 2019 (Photo: Kyla Ross's Instagram)

Together for two years now, Kyla and Justin have grown closer than ever. On the 18th of October 2018, Kyla wished her boyfriend a happy birthday through her Instagram.

Although Kyla got involved with gymnasium from a young age, she only stepped into the professional scene in 2012.

Sixteen years old at the time, Kyla traveled with the US team to Everett, Washington. In her very first competition; 2012 Pacific Rim Gymnastics Championships, the young gymnast managed to bag gold silver and bronze medals.

For four years straight, she went on to represent the US in numerous competition. However, on the 22nd of February 2016, the gymnast announced her retirement from the international level, through Twitter.

Nevertheless, Kyla joined the UCLA Bruins gymnastics program in 2016 and has been representing them ever since.

With a decade of a highly rewarding career, Kyla undoubtedly amasses considerable wealth. While her net worth is not known, the gymnast is expected to take upwards of $30K as a salary each year.