Kyle Newacheck Wife, A BFF & Keeper | All Details - Parents To Net Worth

By LRU Writer | On: December 05, 2018
Kyle Newacheck, known for his work in 2011 series Workaholics, is a married man. He exchanged the wedding vows with his high school girlfriend...back in...the couple has been together for...years sharing the marital bond for only... 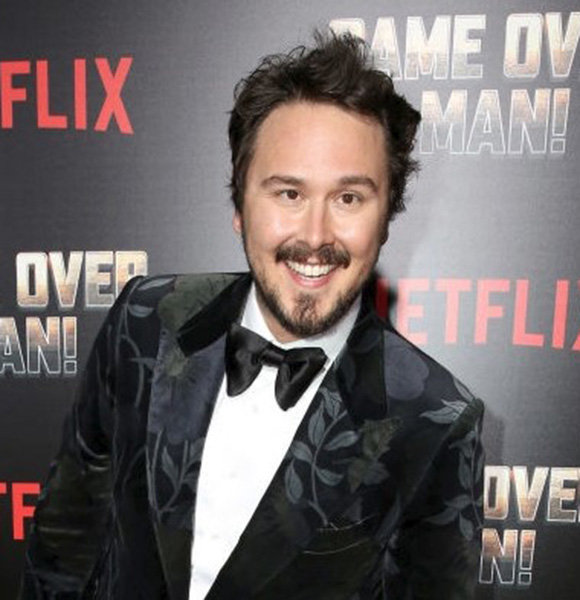 Kyle Newacheck, with his knack for creative outlook, is adding credits on his resume be it as a writer, a producer or a director. Excelling in all the three fields, Kyle has been putting his creative mind into movies and tv shows gaining both fame and massive net worth.

Kyle, the writer, and producer, known for his work in 2011 series Workaholics, has not only reached the height in his career but is also blessed with blissful love life. He is married to his high-school sweetheart and has been together with her for over a decade.

Over A Decade Of Togetherness With High School Girlfriend

Kyle Newacheck, the creator of Adam Devine's House Party, thrives in his career while excelling as a lover. He has been together with his high school sweetheart Marisa, who is the founder of AILLE beauty for over a decade.

It has come to light that this year, the pair marks their 11th year of togetherness since they began dating. The pair might have known each other for years long before they began their romance.

Something That Might Interest You: It's Official, Jacinta Kuznetsov Age 30 Engaged After Split With Jonathan Scott

According to one of Marisa's posts on Instagram, it has been revealed that she celebrated her 11th birthday with Kyle. This shows that the duo might have known each other since the time when they were just kids.

With time, their friendship turned into a love that would last a lifetime. Despite the career path the couple choose took them in a different direction, the pair found their way back to each other.

After years of dating, Kyle and Marisa finally decided to take the next step in their relationship. Three years back Kyle and Marisa exchanged the wedding vows after dating for about eight years.

The wedding took place in April 2015 at Calamigos Ranch in Malibu, California during their well-planned ceremony. The pair had their wedding planner Kat Keane arrange the garden-themed ceremony for their big day.

Take A Look At: Ryan Biegel Bio: Everything On The Man Who Married Katie Lee

Kyle and Marisa were pronounced husband and wife underneath a large oak tree which had lights dangled down from its branches. The duo went for a pink, a white and lavender palette for the decorations while awing the guests. They even had pastel-colored floral centerpieces on their dining tables.

Kyle and Marisa made their big day memorable in every way possible. This year marks their third year of togetherness since their union in 2015. Marisa made sure to mark their 3rd anniversary passing out anniversary wishes to her husband through a post on Instagram.

She posted a picture from their wedding day reminiscing the day she tied the wedding knot with Kyle. Through the caption, she even expressed how she loved having him around even when she was just 11 years old. Well, the couple has been open about the romance that they share as their social media is filled with pictures from their travels to their date nights. Likewise, they are also proud parents to their pets.

The pair even shares pet dog Koda, a Siberian husky, together. Recently, the duo welcomed a new member, a rescue dog Pepper, into their family.

Indeed, Kyle is sure blessed to have Marisa in his life and share a love that lasts a lifetime with her. Indeed, Kyle and Marisa sure are couple goals.